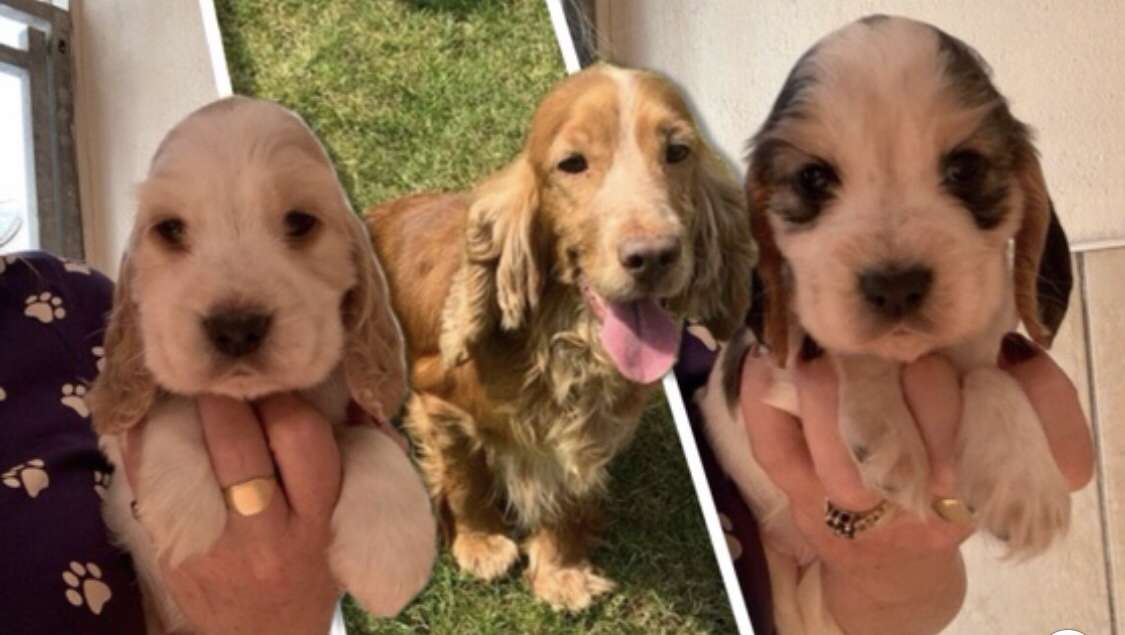 A “devastated” dog breeder is offering a cash reward for the safe return of 14 stolen dogs – including seven young puppies which were only a few weeks old.

Justine Watts, 47, said she felt “sick to her stomach” when she woke up yesterday morning (Mon) to find that the seven adult dogs and seven puppies had been taken during the night.null

The thieves broke in to the family-run kennels between 2am and 2.30am and stole the 14 dogs, all of which were varieties of cocker spaniels and cocker poos.

The seven puppies were all between five weeks and six-and-a-half weeks old – and none were old enough to be away from their mothers yet.

Now, “heartbroken” Justine, who has run licenced breeders JustDogz, in Upwell, Norfolk, for 19 years, is urging anyone with information to come forward – and offering a cash reward for the dogs’ return.

The mum-of-two said: “I just feel sick with worry. These dogs are not just our business, they’re our world. Raising dogs has been our life for the last 19 years.

“How could somebody take such young puppies away from their mother? It’s heartbreaking.

“I just want to know they are safe. The puppies, especially, as they will need their extra feed.

“They should have stayed with their mothers until they were seven weeks old. Three of the puppies were five weeks old, four of them were six-and-a-half weeks.

“If they’re safe and loved and being looked after by a family, then I could live with that. But it’s just devastating news.”

The stolen adult dogs include

Norfolk Police and forensics teams attended the scene after one of Justine’s dogs – which had been let out of her cage by the thieves – woke the family up at 4am and alerted them to the theft.

Justine says she believes two people were involved with the theft, after spotting two hooded figures on CCTV at the site.

But she said: “They seemed to take quite a lot of dogs in a very short period of time – so I wouldn’t be surprised if there was a third person involved.

“They had to break through three sets of gates and a set of patio doors to get to where the dogs were.

Justine added that the seven stolen puppies had been lined up with new owners for when they were old enough – and that they had sold for between £1,200 and £1,300 each.

She said: “Now I have to tell these families that they probably won’t get their puppies when they were expecting, which was probably a glimmer of light for them in these hard times.

“It’s just gutting. With the world the way it is, isn’t there enough pain and suffering out there already?”

Anyone with information is urged to contact Justine Watts on 07799 016 022 or contact Norfolk Police with further information.

Share:
← Reunited! Can you help find stolen Belle #PetTheftReform
PUPPIES AND MUMS STOLEN FROM TARLETON, LANCASHIRE BUT COULD BE ANYWHERE! #PetTheftReform →