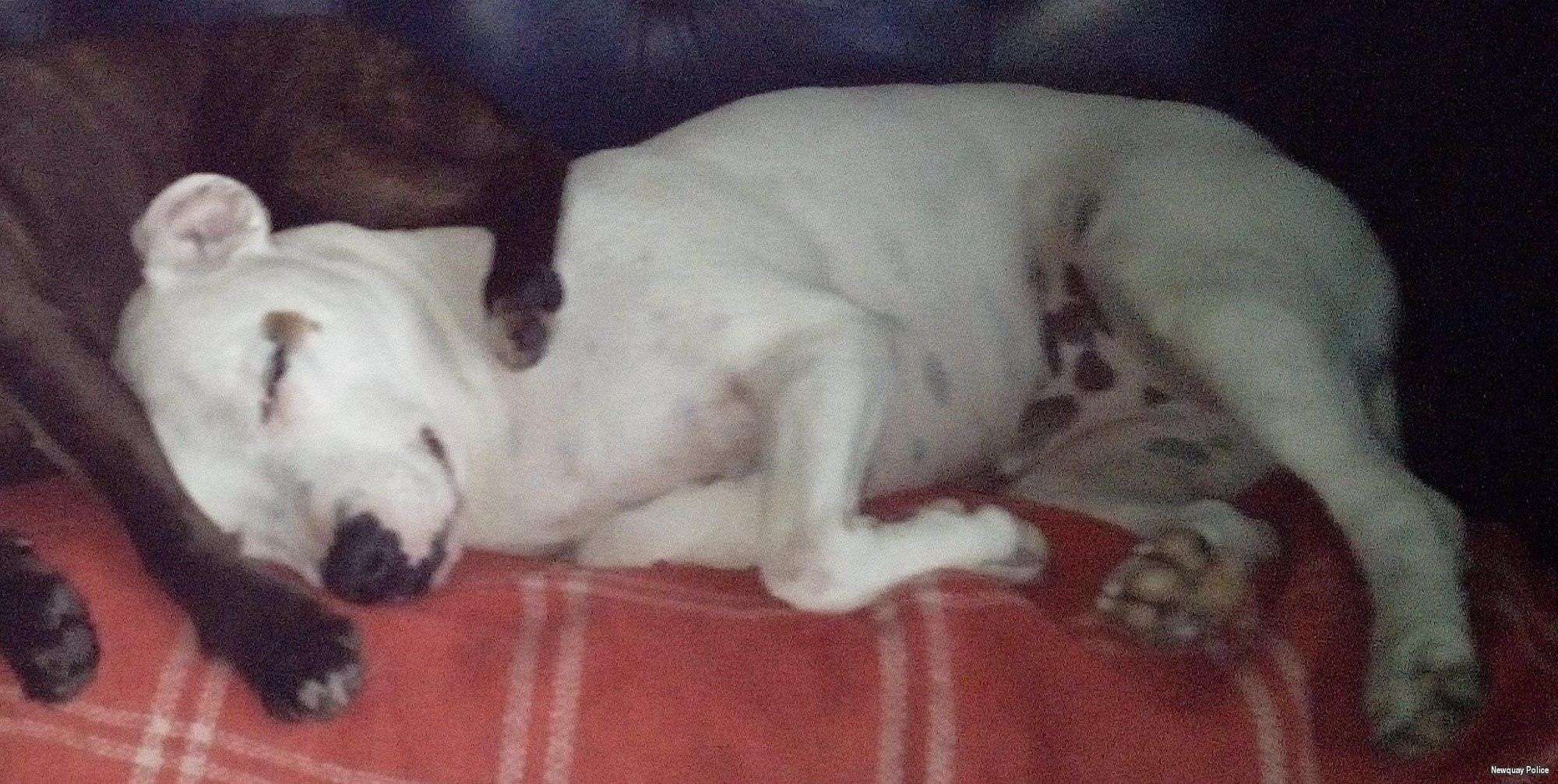 Police have confirmed a dog, feared stolen in Newquay has been found.

Clyde the Staffie disappeared near Crantock Street in the early hours of Sunday.

Local officers launched an appeal, saying someone must have seen the missing pet.

They have since confirmed that the animal was located and a woman has been arrested.

“The dog has been located at an address in St Michael’s Road, Newquay

“One woman has been arrested on suspicion of theft”.

Police in Newquay have issued an urgent appeal to find a stolen dog.

Officers say Clyde was snatched near Crantock Street in the early hours of Sunday.

The Staffie is described as all white with a small brown marking on the side of his left eye.

Local officers are urging anyone with information to come forward, saying someone must know where the pet is!

“Someone must know where this dog is

“In the early hours of Sunday 3rd November 2019 a Staffordshire Bull Terrier was stolen from a premise near Crantock Street, Newquay.

“The dog is called Clyde and is described as being all white, with a small brown marking on the side of his left eye.

“He also has black spots on his skin under his belly.

“If anyone has any information with regards to this incident please call Devon and Cornwall Police on 101 and quote crime reference number CR/99291/19”.

Share:
← Wokingham labradoodle Noodles missing a week after being scared by fireworks
Puppy snatcher warning after second incident in fortnight →