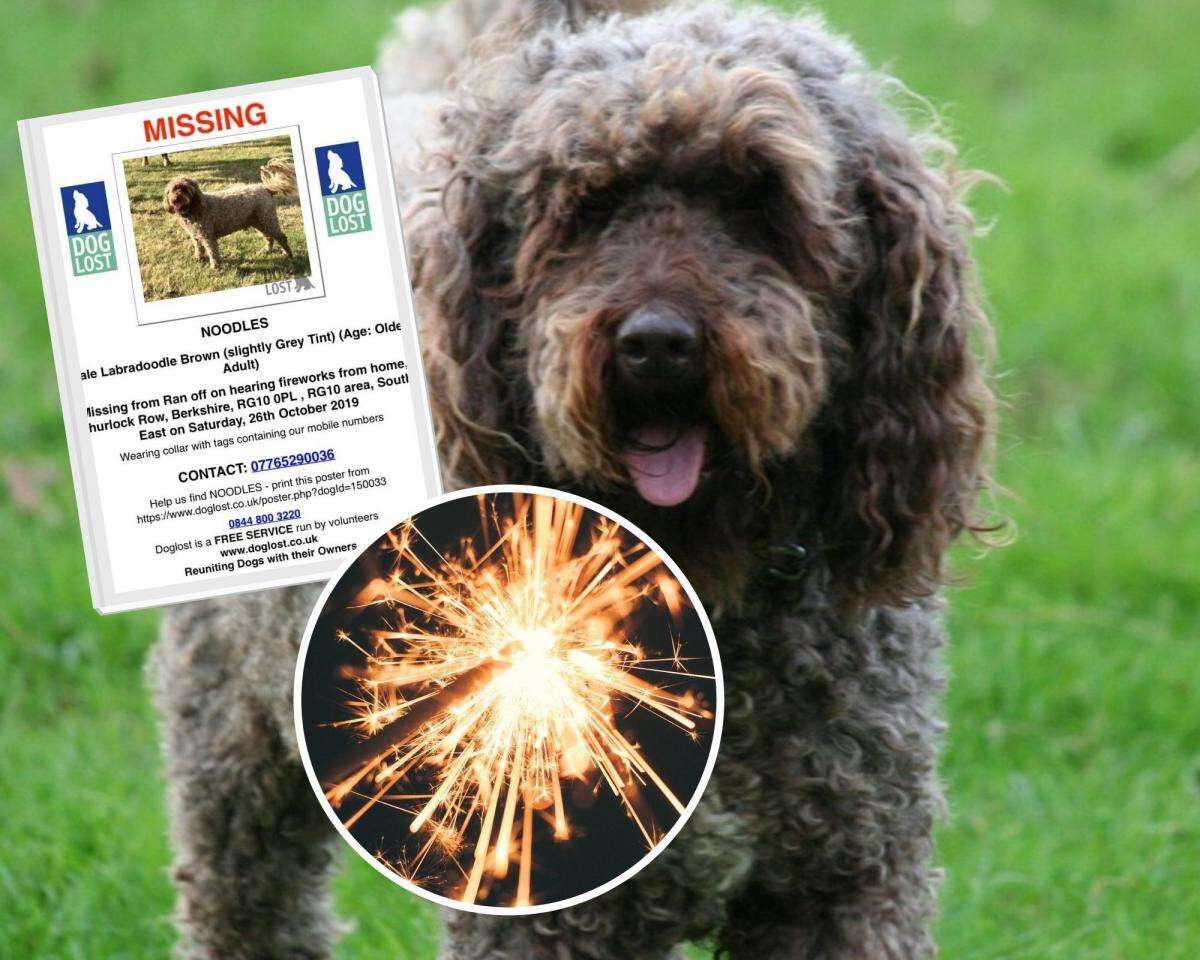 A FRIGHTENED dog has been missing after he was spooked by the fireworks.

Noodles the Labradoodle ran away from his home in Shurlock Row, Wokingham on October 26 when he heard loud bangs.

READ THIS: Dog owner wants firework laws changed after pug has to be sedated

With it being Bonfire Night today, the owners are pleading for residents to look out for their beloved dog.

The owners have also made a public appeal on social media and contacted organisation Dog Lost to help try and track him down.

There is also a reward for anyone who manages to find Noodles.

It comes after a spate of dogs going missing after being frightened by the fireworks.

Caroline Burwood, a volunteer for Dog Lost, said: “Facebook has been awash this past week with dogs running away due to the fireworks.

“Thankfully, most have been reunited but we are still looking for one lost for over a week.

“With it being November 5, people need to carefully look after their pets and also try and pass on the news of Noodles, who we are tracing.”

Last week, a pug called Frankie had to be sedated after she was seen frantically panting and screeching due to anxiety from the loud noises from the fireworks.

Ryan Simpson from Wokingham managed to calm his dog down but he said: “I don’t want to ruin people’s fun but those people need to be considerate of what is happening in people’s houses around the country.”

Many readers in Bracknell and Wokingham are calling for fireworks to be banned and said they should only be available at public live displays. 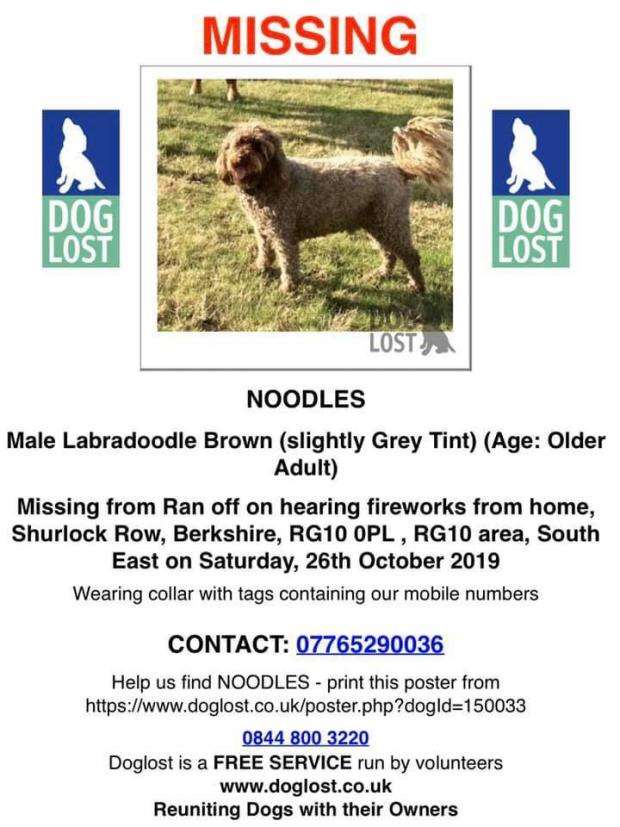