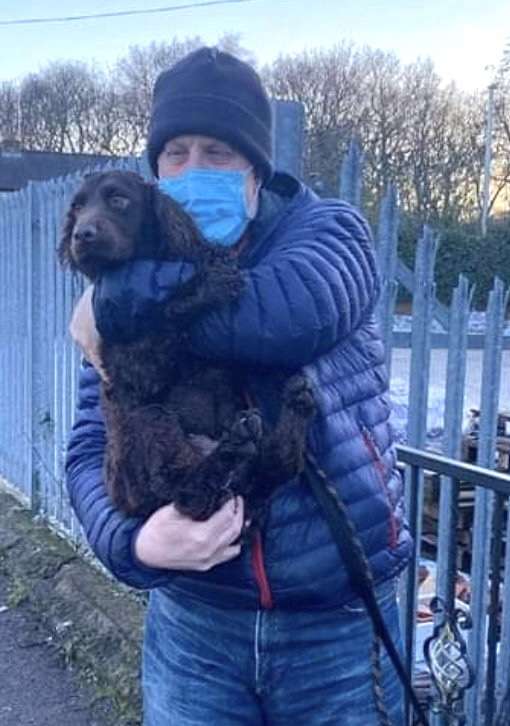 Whhooppppeeee flora is home. Thank you so so much for everyone’s help ♥️♥️♥️ go team flora you have ALL been amazing and tony and I love you all so much. It’s been a very emotional hour, and i would like to sincerely thank the lovely couple who found flora yesterday. They dont want to be known but they looked after a cold wet flora last night until they spoke to neighbours this morning who recognised our beautiful girl and rang me. Just jesus thanks isnt enough, tony is absolutely overwhelmed as am I,as is everyone who has been working tirelessly being the scene, thanks you for postering as this is how she got home. Your bloody amazing xxxx just WHOOOPPEEEE xxxx Too hot to handle and it’s down to everyone on here 🥰🥰♥️ thank god she was dumped and found. I bloody love everyone

Police have issued a warning to dog owners after a Wakefield man’s cocker spaniel was snatched from outside his local Co-op.

Owner Tony, from Lofthouse, left the dog tied up outside the store in Outwood on January 18 while he nipped inside to grab a few essentials.

But he was left heartbroken when he came out to realise his best friend of three years had been stolen.

The community has rallied round in a bid to find missing Flora, offering a reward and sharing appeals to make sure she becomes ‘too hot to handle.’

She said: “Tony who is in his late sixties, lives alone and like many others has found the last nine months incredibly lonely due to coronavirus restrictions.

‘Walking Flora has been the highlight of his day and helped him cope.

‘He’s a lifelong resident of Lofthouse and the local community have stepped up in their hundreds with offers of help.

A West Yorkshire Police spokesman said: “A crime has been recorded in relation to this report and enquiries are ongoing.”

The force also sent a community alert: ‘We just wanted to make you aware of an incident that took place outside the Co-op in Outwood.

‘At around 16:30 on January 18, we received a report from a member of the public that had tied his dog up outside of the store whilst they went in to get their shopping.

‘Upon exiting the store they discovered that their dog was no longer tied up where it was left and it had in fact been stolen.

‘There were a number of witnesses at the scene and enquiries are ongoing, but we want to take this opportunity to remind all dog owners to be extra vigilant whilst out and about.