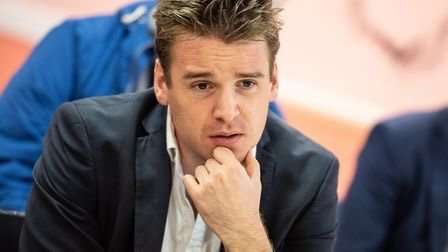 “Last weekend, just outside Ipswich, 83 stolen dogs were found. There have been six people arrested who are currently out on bail. Suffolk police deserve to be credited for their successful operation—one of the largest involving stolen dogs. But the concern among many of my constituents is that those responsible get away with little more than a slap on the wrist. I have raised this matter before during business questions and I have also led a debate on it. I have written to the Sentencing Council asking it to amend the guidance around the Theft Act 1968 and was rebutted. It is clear to me that only action in this place will ensure that this will cease to become a high reward, low risk crime. Will my right hon. Friend find time in this place to debate what action this place can take to stand up for our pets?”

Response from Jacob Rees-Mogg, Leader of the House of Commons:

“My hon. Friend raises a matter that is of concern to a number of hon. and right hon. Members. It is an appalling crime that causes great distress, and it has increased over the past year. The theft of a pet is a criminal offence under the Theft Act and carries a maximum penalty of seven years’ imprisonment, so when he says that it is a low risk, high reward crime, that shows that people should perhaps be better informed of the risk they are taking. Seven years is a very serious sentence. The Sentencing Council’s guidelines on theft now take account of the emotional distress for the victim caused by any theft offence, including theft of a pet, meaning that the courts will now take this into account when considering the appropriate sentence. As I understand it, the Home Office, the Ministry of Justice and the Department for Environment, Food and Rural Affairs are discussing possible ways of strengthening the enforcement of pet theft, and of course the Government have hired over 6,600 new police officers during the course of this Parliament, which will help us to tackle this crime better. My hon. Friend will be aware that by raising this issue in the Chamber and making it one of political importance, the police will pay attention and will know what is of public concern. Police resources, and police and crime commissioner elections, tend to follow where there is greatest public concern, so he is ensuring that this issue will be taken more seriously merely by raising it in this House.”

Like my hon. Friend the Member for Ipswich (Tom Hunt), our excellent Devon and Cornwall police and crime commissioner, Alison Hernandez, is concerned about the growing issue of pet theft. In Devon and Cornwall there are, on average, 80 dog thefts a year, a quarter of which are linked to organised crime, yet no one has received the maximum sentence of only seven years. Will my right hon. Friend allocate Government time to debate how to tackle the issue of pet theft and ensure that the punishment reflects the crime? The loss of a loved pet—a member of the family—is far more than mere theft.

As I said to my hon. Friend the Member for Ipswich (Tom Hunt), this is a terrible crime, and the Government are taking measures to help tackle it better, with more than 6,600 additional police officers. I join my hon. Friend in thanking Alison Hernandez for her terrific work as police and crime commissioner, and for highlighting this important issue. It is worth adding to my earlier remarks, that if someone causes an animal to suffer in the course of stealing it from its owner, they are liable for prosecution under the Animal Welfare Act 2006. The Animal Welfare (Sentencing) Bill is currently in the House of Lords. If passed, it will increase the maximum penalty for such a crime to five years, which would be the highest penalty for animal cruelty in Europe. There is the risk of seven years in prison for pet theft, and five years for cruelty to animals. The penalties are there—or will be if the House of Lords obliges—and this is a question of enforcement and catching wrongdoers. That is where the extra 6,600 police will help.

My best friend is a 12-year-old west highland white terrier called Alfie, and life without him would be almost unbearable. Yet every time my wife takes him out for a walk she is scared to death that he will be stolen. That is a shocking, shocking crime and should carry a mandatory jail sentence, in my opinion, and my residents would back me up on that. So, for the third time today, could I ask my right hon. Friend to please reassure me that he will do all he can to ensure a debate on that important issue in the House, or ask the Government to make a statement on the matter and help protect man’s best friend?

It is clear from this session that pet theft is of considerable concern to hon. Members. This session is often a straw in the wind as to the issues that are of political importance, because Members raise whatever they want, and when you get three questions on the same subject it shows that there is public concern. The Government are doing the things that I set out previously, including providing the additional police force, but people ought to feel confident going for a walk, and it is unreasonable, unfair and unpleasant that my hon. Friend’s wife, Mrs Anderson, does not feel safe going for walks for worry that her dog will be stolen. We want people to feel secure taking their dogs for walks, and I have heard the concerns of the House.

Business of the House