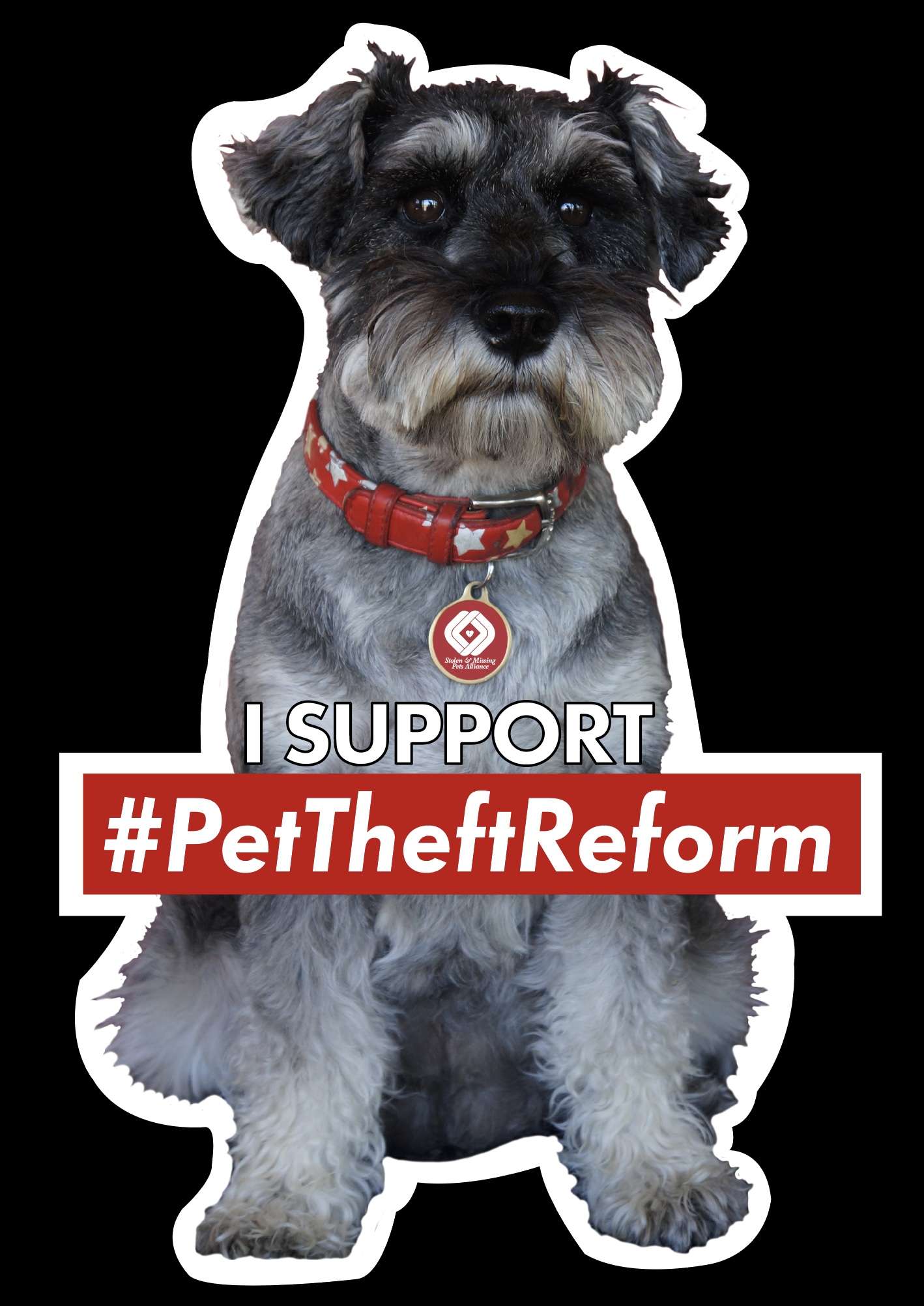 CLAIM:
UK Government – ‘The theft of a pet is already a criminal offence under the Theft Act 1968 and the maximum penalty is seven years’ imprisonment and so there is no need to introduce a separate offence.’

REALITY:
Pet Theft Reform – Only Crown Court can deliver sentences in excess of 6 months. For a case of theft to be heard before the Crown Court, the cases are either a) secondary offences, so tagged on to Burglary; b) repeat offenders or c) major offences of a value over £100,000. This is where the assumed monetary value of the pet becomes relevant.

Share:
← Heartbreaking update:- The emotional trauma my family went through for the long, almost 5 months, Sebi was gone was beyond horrendous #PetTheftReform
Stolen Blake reunited, found with bites on his face and ear, starving and filthy with a blue ribbon around his neck #PetTheftReform →