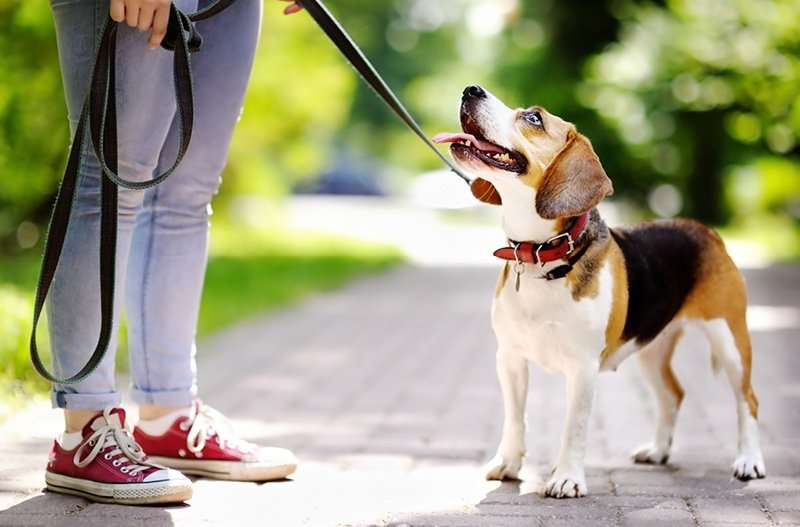 More than three-quarters of dog owners are scared of walking their dog for fear dogknappers may be staking them out for a theft, a survey has found.

Around 80  per cent of dog owners questioned said they had become more fearful of taking their dog out for a walk in the past year amid growing concern at the rise in pet thefts.

More than a fifth (22 per cent) of the 124,000 people who responded to the online survey said they had either had a pet stolen or knew someone who had over the past year.

The survey was conducted by Sussex Police and Crime Commissioner Katy Bourne whose force has launched Operation Collar under which all future pet theft reports will be tagged and tracked. Some 97 per cent said they felt dog theft was a serious problem and backed tougher sentences for thieves.

Some 86.5 per cent backed a change in the law that would mean dogs were no longer treated under legislation like other goods.

About a third of respondents said they would like their local police force to take dog theft more seriously, rating them as poor at responding to their concerns.

Nearly half (48 per cent) said they did not know how effective their local force was in this area.

Ms Bourne said: “Police forces across the country need a ‘flag’ for reports of dog theft on their systems as currently it is extremely difficult to track this crime trend and put in place an appropriate police response.

“There is a clear message that police forces need to communicate better with the public on this issue. Public perception and fear have increased massively, so much so that nearly 83% of respondents are scared of walking their dogs at night.”

Priti Patel, the Home Secretary, has indicated that she will review pet theft, with potentially tougher penalties for perpetrators.