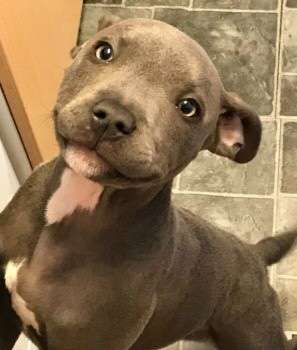 No more updates at the moment but happy to see this little one has made it home.

Where Lost Prestbury, Cheltenham, Gloucestershire * 10am from the garden

Original post: A woman has been left devastated after her Staffordshire bull terrier pup was stolen in the blink of an eye by thieves.

It has been ten days since the 17 week old puppy called Blue went missing and the owner is desperate for him to be returned home. She is now appealing to the public for their help.

Owner Charlie Daniels, 23, of Priors Road in Cheltenham claims that she attached the pup to the fence as she went to put gas on her meter. She says that not even two minutes later the dog was gone.

Ms Daniels said: “I just want to know how he is. I dread to think how he could be being treated.

“I am worried for his welfare and he could be getting moved from place to place.

“It is so worrying. I do not have children of my own but this feels like someone has taken my baby away.”

Even the other family pet dog is missing the pup.

Ms Daniels said: “I have had him since he was seven weeks old.  My other dog Freddie is depressed and just waiting for him to come home.

“I would really appreciate anyone to come forward that has any information as to where he is.”

#PetTheftReform waiting for Parliamentary Debate date after the election. 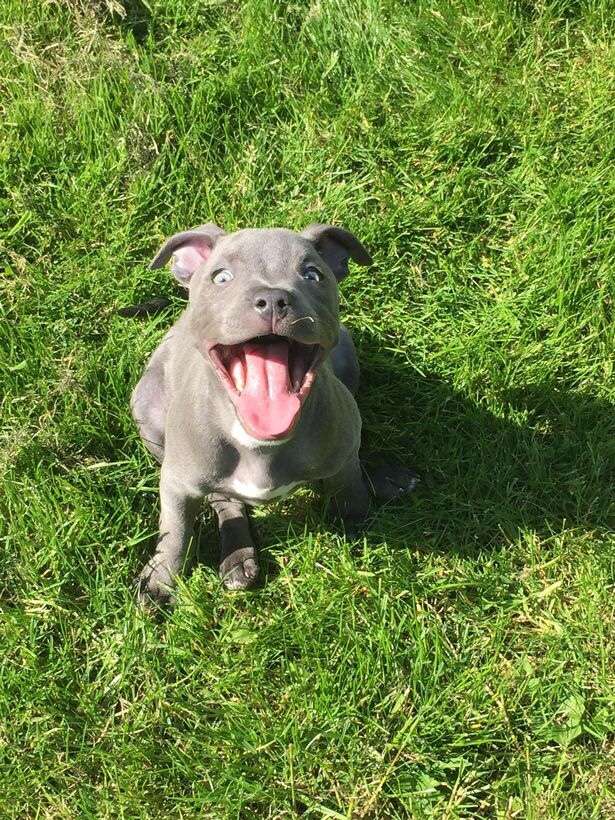 Share:
← Hawkwind are proud to be helping to raise awareness of the ever growing problem of pet theft. #PetTheftReform
All three stolen dogs now reunited, Doncaster. #PetTheftReform →