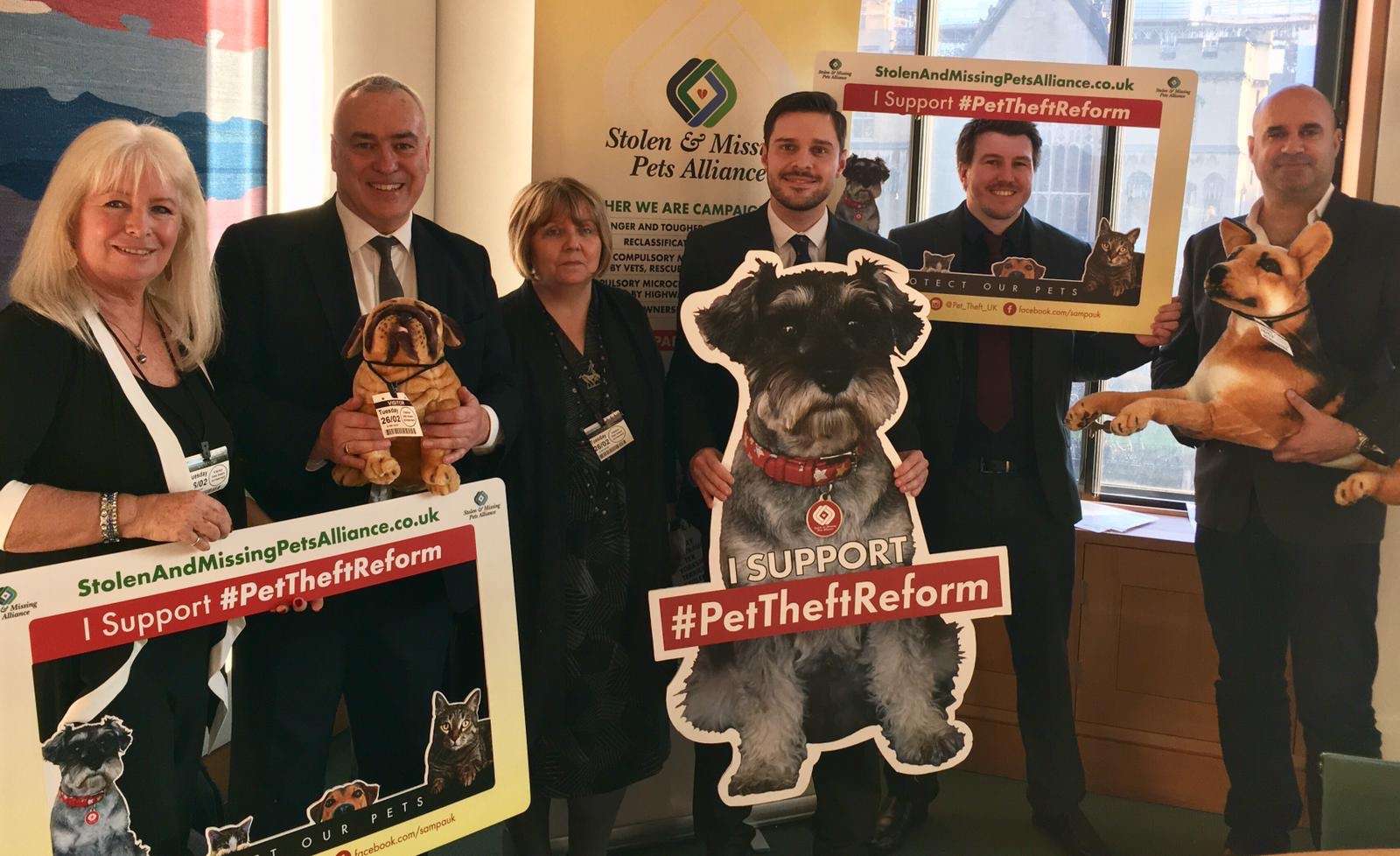 A change in the law is necessary to deliver justice for victims of pet theft, and TO Work as a detERRANT.

This PET (THEFT) Bill will create a new, separate criminal offence in its own right, recognising the self-evident fact that the theft of a living, sentient being is in a whole different category to the theft of an inanimate object.

Recent findings published by Direct Line Pet Insurance using UK police statistics, show an upward trend in pet thefts in recent years, with a 14% rise in 2016 and a further 6.8% increase in 2017.

The Bill will now pass to the committee stage, (2nd Reading), at which point MPs will examine the amended legislation, before it goes to the third reading before it can become law.

SAMPA asked you to write to your MPs and ask them to attend the drop-in to show their support for this important campaign to get protection for our pets. It was a very positive event and good to see that the system works and also shows how important it is to contact your MPs on issues that are important to you. 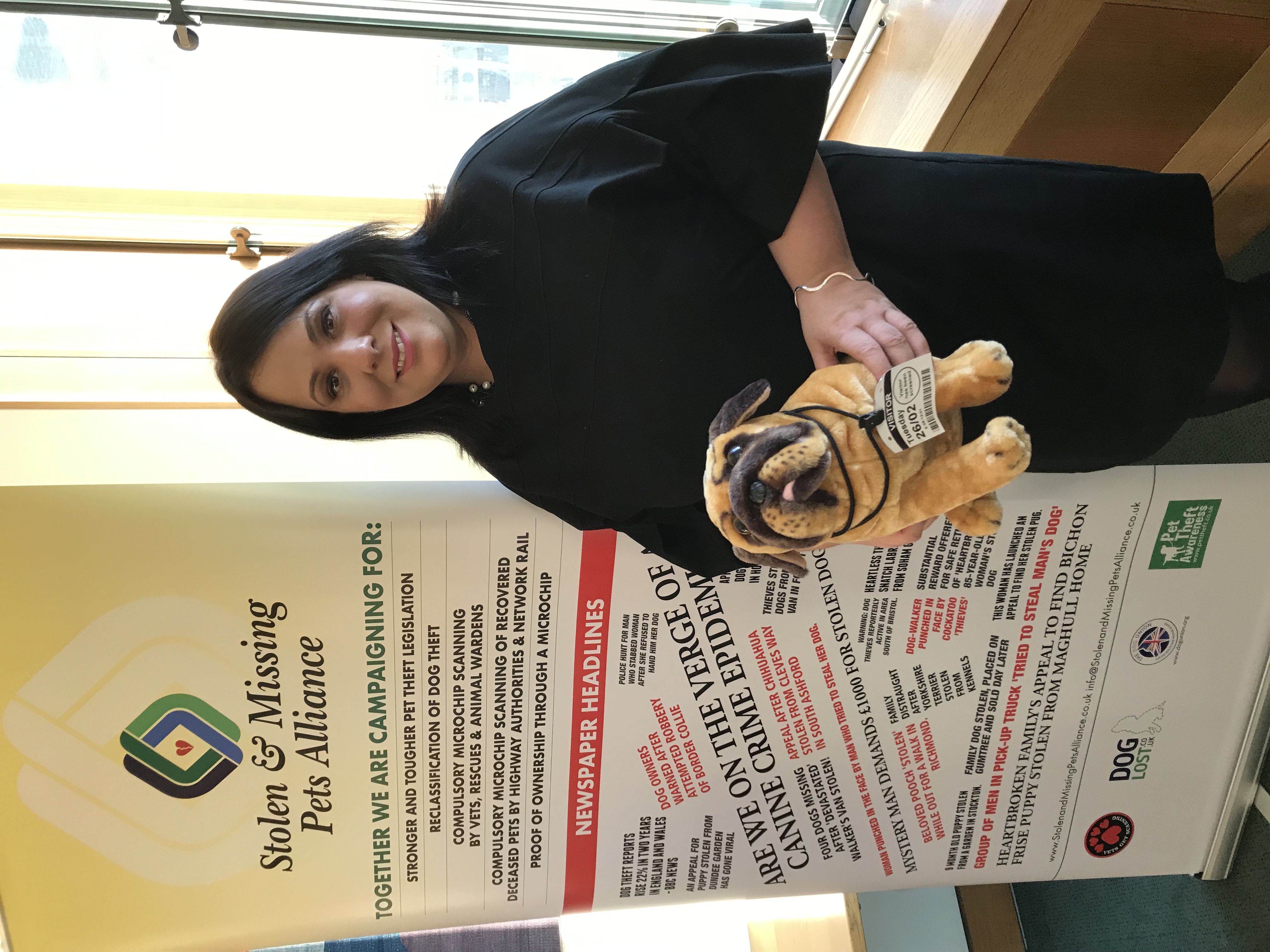 Pictured from left to right:

Among the guests who attended the meeting was Niki Roe. Police believe her dog Diddy was a revenge theft due to her campaigning to stop 3rd hand puppy sales for #LucysLaw

The Doglost database goes back 15 years, their help and advice to families with missing pets is invaluable and is run by volunteers. Register for free to help the missing pets in your area: Doglost.co.uk 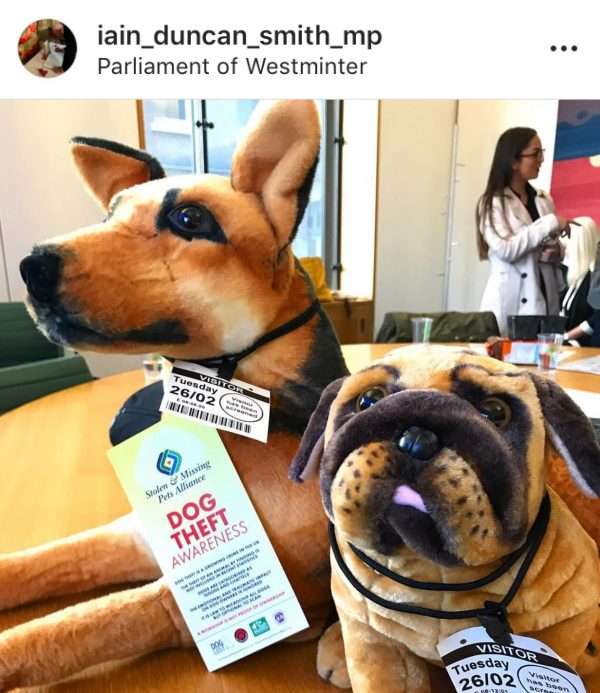