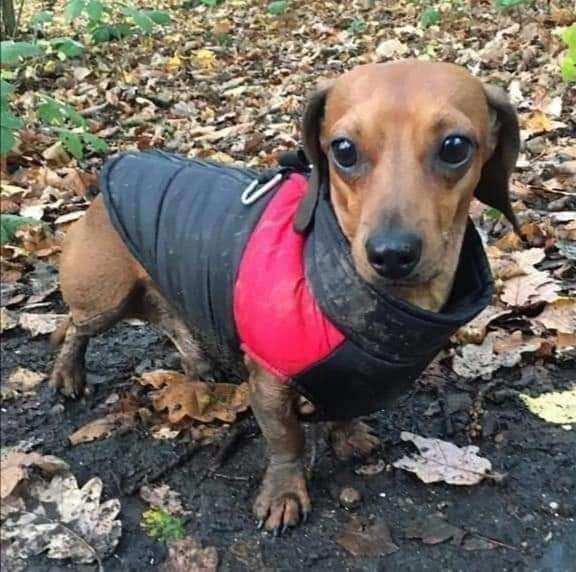 Stolen dog on A127: New appeal to find Louie the Dachshund #PetTheftReform

Dachshund Louie hasn’t been seen for more than two months ever since he was snatched by a thief in Southend.

The pooch had escaped from his home near Lavender Mews and eventually made his way onto the A127.

Louie was chased by a man who had jumped out of a white transit van and was eventually caught by a passer-by.

He inadvertently handed Louie back to the man thinking he was the owner, and the dog hasn’t been seen since.

The incident was captured on CCTV and is being investigated by police.

Louie’s owner, Clare Palmer, issued a desperate appeal for information about the theft, but two months have passed-by and there is still no sign of the pooch.

Tilly’s Angels, a volunteer dog search and rescue team, have been helping track Louie down and has now issued a new appeal to find him.

Volunteer Gemma Wheeler said: “We helped find seven missing dogs the other day but we still haven’t been able to reunite Louie with his owners.

“They are still distraught and still desperate to get him home. Clare’s daughter has even put together a poster to try and help find Louie. It’s her birthday soon and it would be amazing to get him back in time for that.

“It’s easy for people to forget about these types of things after a few weeks but nothing has changed in terms of finding Louie, we’re still searching for him.

“There’s a Facebook page dedicated to Louie with 7,000 followers so we’re hoping someone knows something about where he is.”

A substantial reward is being offered to anyone with information that leads to finding Louie.

He was stolen sometime around 10.20am on November 12, between Rochester Drive and Queen Anne’s Drive.

The dog wasn’t wearing a collar but has been chipped.