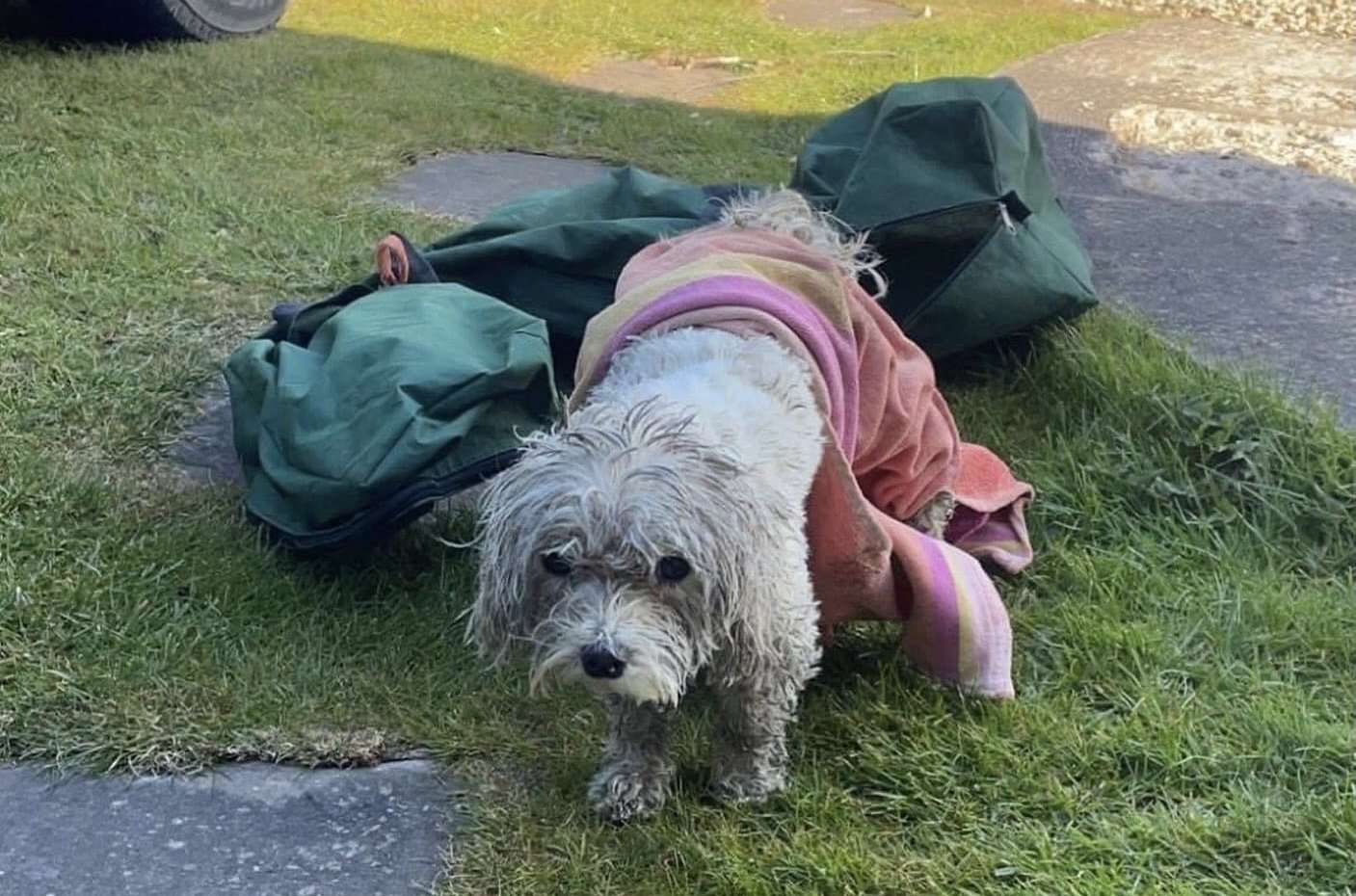 Stolen dog found tied up in bag, shaking in terror and buried under sticks #PetTheftReform

A family said “we feel like we’ve won the lottery” after being reunited with their stolen dog Mabel who had been dumped in a bag and buried under sticks.

A father and son out walking their dog heard whimpers coming from bushes down a remote country lane.

When they went to investigate they eventually found an old parasol bag tied up.

They unzipped it to find Mabel shaking in terror.

If they hadn’t investigated the family fear their much-loved pet could have died.

Her owners from Lincolnshire told how their “family is complete again” but want to warn others to watch their pet every second – even in back gardens.

Dog charities are also warning the public to keep a look out as Mabel is one of several found tied in bags recently and hidden under bushes.

Mabel was snatched from her back garden near Boston, Lincolnshire on Tuesday, April 27.

Her family have been searching day and night and campaigning on social media for her safe return.

On Friday they were left in floods of tears when they were reunited with their pet dumped ten minutes away from their home.

They took her immediately to the vets where her microchip was scanned and she was given the all clear.

Now she is “home sweet home” and has been curled up in front of the fire recovering from her ordeal.

Nicola added: “Dog theft is becoming a nightmare for people.

“People don’t realise how easy it is, you need to watch their dogs when they’re in the garden. I never thought this would happen to us.

“At first we didn’t know if she’d been stolen.

“My dad let her out, to go to the toilet, then went out to let her back in and she’d gone. He rang us fraught.