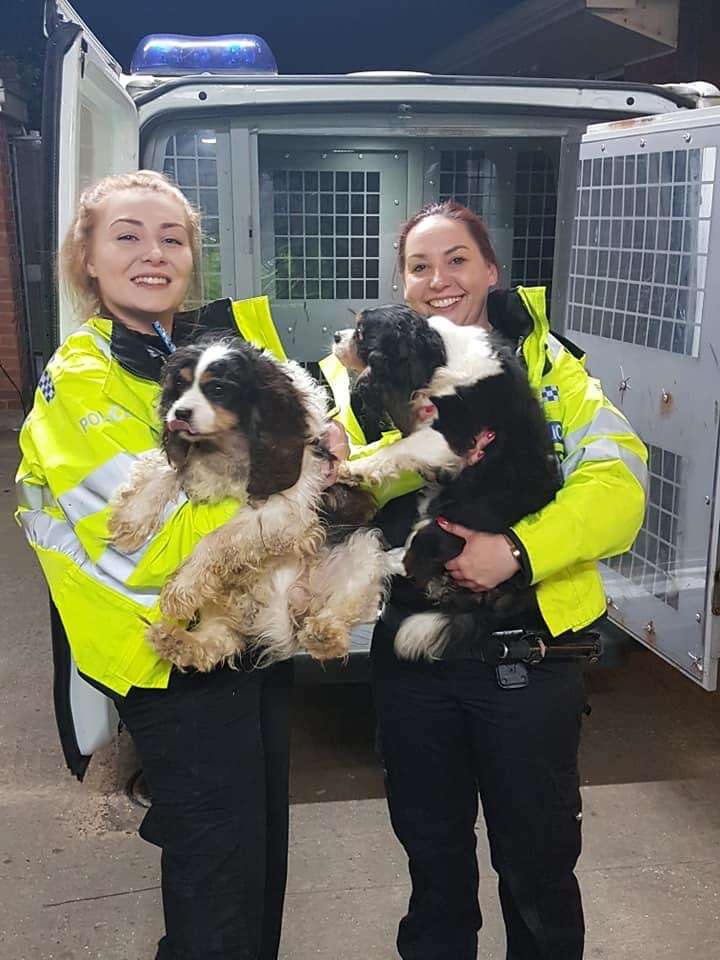 We want to share some good news with you!

At 1700 hours on 14th July two gorgeous little king Charles spaniels were taken from their home in Bletchingly!

B ROTA Tandridge officer’s worked together and carried out extensive police enquires with PC 41199 Carter and PC 41000 Butters conduting office enquires for the team to follow up. At the start of their night shift A/PS 40622 Boss, PC 41066 Searle, PC 40708 Parsons , PC 40260 Pearce and PC 41227 Robinson along with assistance from E Rota officers PC 41121 Mills, PC 3247 Cosham and PC 41279 Hanger attended multiple locations and are incredibly pleased to have eventually located both dogs.

At 0130 hours we reunited them with their rightful owners!

We are so pleased that all the hard work paid off and both dogs are back where they should be.

Thank you to everyone who responded to our appeal.

Tandridge Beat, Surrey Police said: We are so pleased to have been able to reunite these dogs with their family. Our priority was locating them before it was too late and getting them both safely home where they belong.

An extensive amount of hard work went into not only locating but also securing these dogs. We appreciate that people want to know where they were found and what happened to the suspects. We cannot comment on where the dogs were located but can advise that there are inaccuracy in posts that have been placed on other social media sites and the speculation on these posts about where these dogs were found is not correct.

Locating these dogs quickly to prevent any harm coming to them and to minimise the distress to both the dogs and the family were of paramount importance and we had to weigh up the consequences to the dogs if we did not react quickly.

Sadly this does naturally hamper an investigation and we hope that you understand that we took a decision that the dogs welfare took precedence.

Works is still going on in relation to suspects and for this reason we are unable to comment on any investigation work.