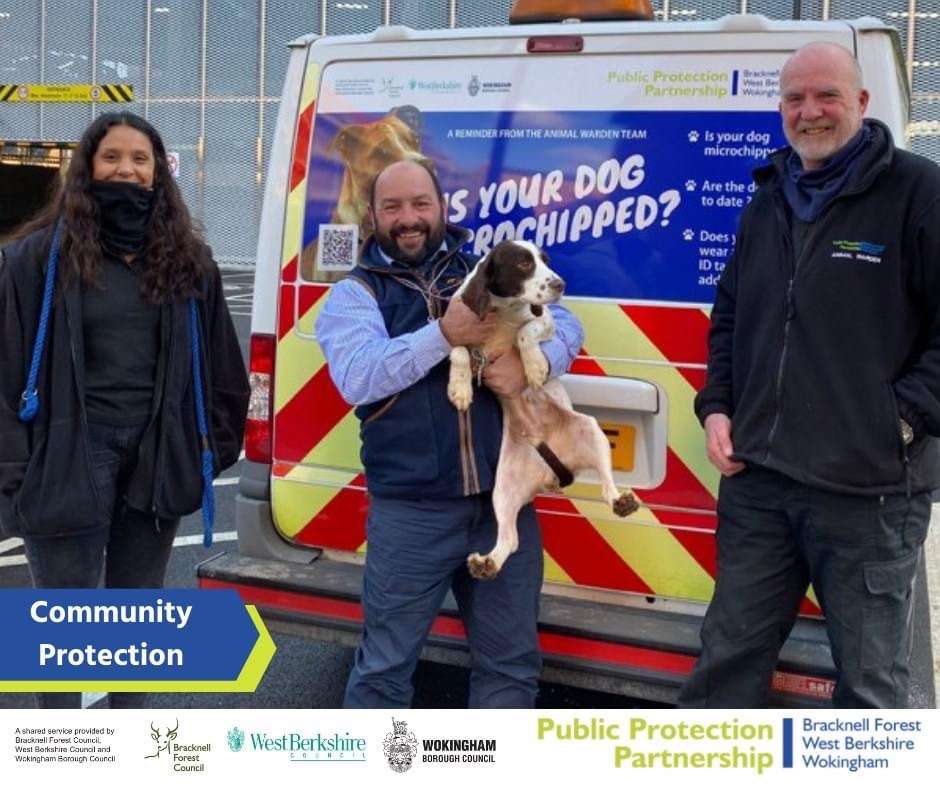 Spaniel Found in Bracknell, Seventy Miles from Home and Eighteen Months After Been Stolen #PetTheftReform

Daisy, an English springer spaniel was stolen from her home in Kent in the summer of 2020. Distraught owner Francis thought he’d never see his dog again. Especially because he knew he hadn’t registered her microchip details.

However, earlier this month a spaniel stray was found by a member of the public in Bracknell. She took it along to her local vets who reported the stray and she was collected by the Public Protection Partnership animal warden team. The lady who found the dog then went above and beyond by trawling through the DogLost.co.uk website, trying to match the dog she’d found to reports of missing dogs. The stray spaniel that was found had had its fur clipped, possibly in an attempt to disguise its identity, had distinctive markings and colouring that matched a spaniel advertised on DogLost that had been stolen in Kent in 2020. Our animal warden team were contacted and they investigated the lead further and spoke with Kent Police. After some in depth investigation by our team the animal wardens were able to confirm that the stray spaniel was indeed Daisy. The veterinary team were able to confirm she was in reasonable health and had recently had a litter, so it’s a reasonable assumption she was stolen to breed on a puppy farm.

Yesterday the animal warden team were delighted to reunite owner Francis with Daisy.

Daisy’s owner said, “I just can’t believe I have her back. I really didn’t think I’d ever see her again. I’m so grateful to the lady who found her and to the Animal Warden team for bringing us back together again. We’re all overjoyed.”

Kira, one of Public Protection Partnerships Animal Warden’s said, “We’re absolutely thrilled to be able to reunite Daisy with her family. But they’re very lucky this happened. When a dog’s microchip isn’t registered it’s rare to be able to reunite dog with owner. We urge all dog owners to make sure your dog’s microchip details are registered and up to date on a DEFRA approved database. Daisy was picked up as a stray on the 14th of January, and had she had registered microchip details would’ve been reunited with her owner immediately. Instead she spent 7 days in kennels and was very close to being rehomed.”

Registering your dog’s microchip is a legal requirement, as is wearing a dog tag with your name and address. It also means that should you and your dog become separated you’ll be reunited quicker.

To register your dog’s microchip details you must use a database registered with DEFRA. Many of the paid for ads or top results on a Google search are not DEFRA registered databases and therefore will not show up on a scan conducted by animal wardens or vets. Check your pet’s details are registered with a DEFRA approved database here – https://www.gov.uk/get-your-dog-microchipped