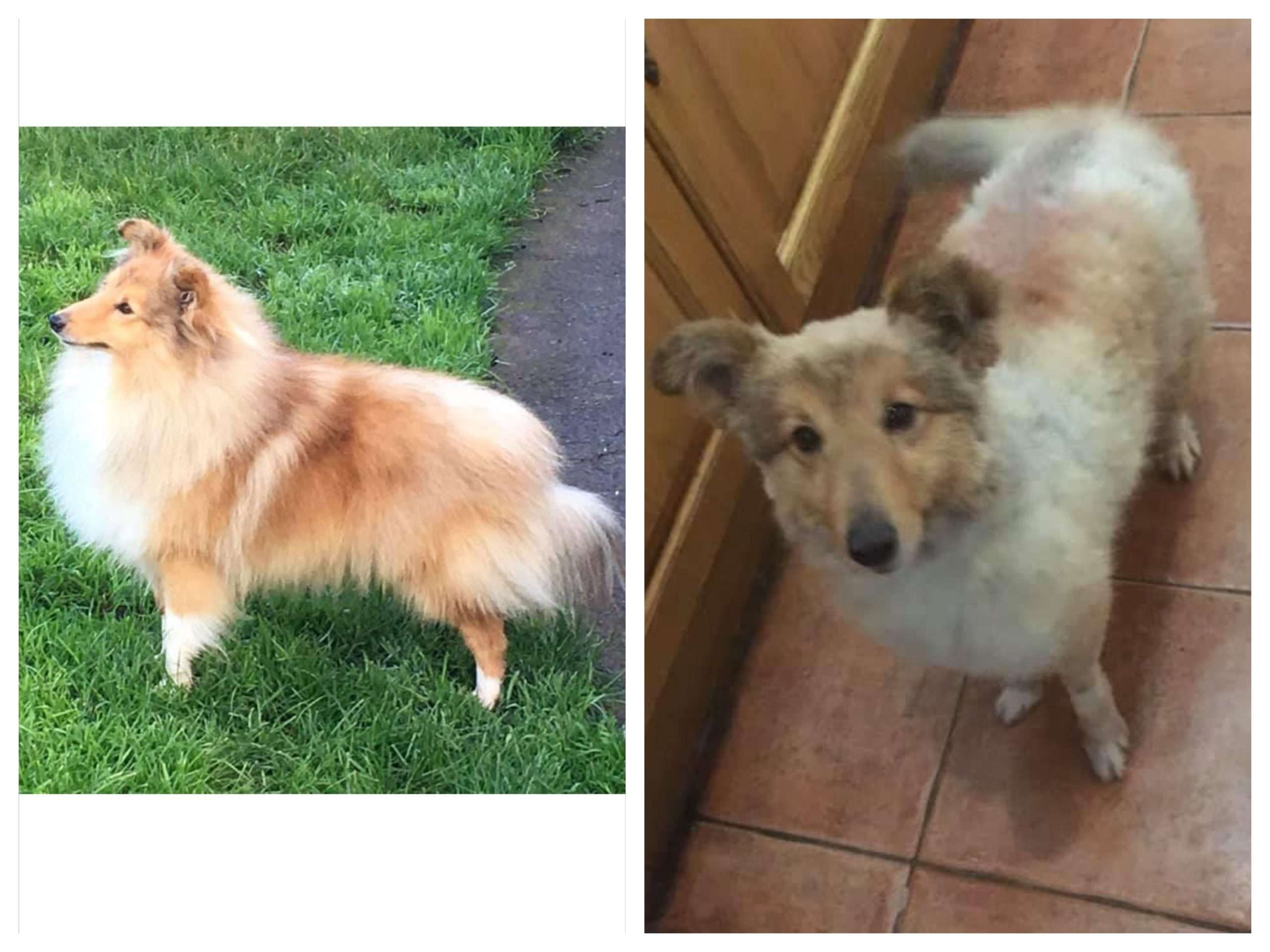 Sonny reunited after a police raid in Bristol, the thieves cut his hair to change his appearance #PetTheftReform

Family on Facebook: I’m going to do 2 posts as one is probably going to be removed and if I go quiet I’ve probably been banned. First a huge thank you to the Doglost team and all you wonderful people who have kept him in the limelight. Sonny was found by chance when police raided a house in Bristol for another crime, hats off to the officers who realised something was off with Sonny and decided to investigate more, you’ll see why they didn’t recognise him straightaway in a minute. They sent us pics and we asked to see him, but they said they would check for a chip and instead rang to say they were on the way home with him. He was so happy to be home and soon bouncing off the furniture again. The reaction of the other dogs was hilarious they were terrified of him , thought what the hell is this, then a sniff and they all rolled around laughing. The police warned us to be prepared as he looked different but who cares it’s Sonny. This is before and after and a huge lesson for everyone, if you see something suspicious please report it , let’s get all the others home now.

SONNY AND FINN STOLEN: Thieves climbed over back fence.

Update: Finn has been found in Bristol, keep sharing for Sonny.

“To whomever has Sonny we will give give a substantial reward no questions asked if you let him home quickly. You will have to keep him hidden forever as he will always be recognisable . Hopefully he is driving you insane barking which one day will get him found. No questions, no police , we just want him home. 07920205430”

From Sandra Pierce
“Finn is “ fine “ scared but safe. The people who caught him and looked after him were wonderful and we cannot thank them enough. I think Finn escaped while they were trying to move him so please watch out for any new people in your area. The police are still looking. Last night we had a tx message from someone asking for money to tell us where they were, even when paid wouldn’t say as wanted more, luckily the first payment was small.”