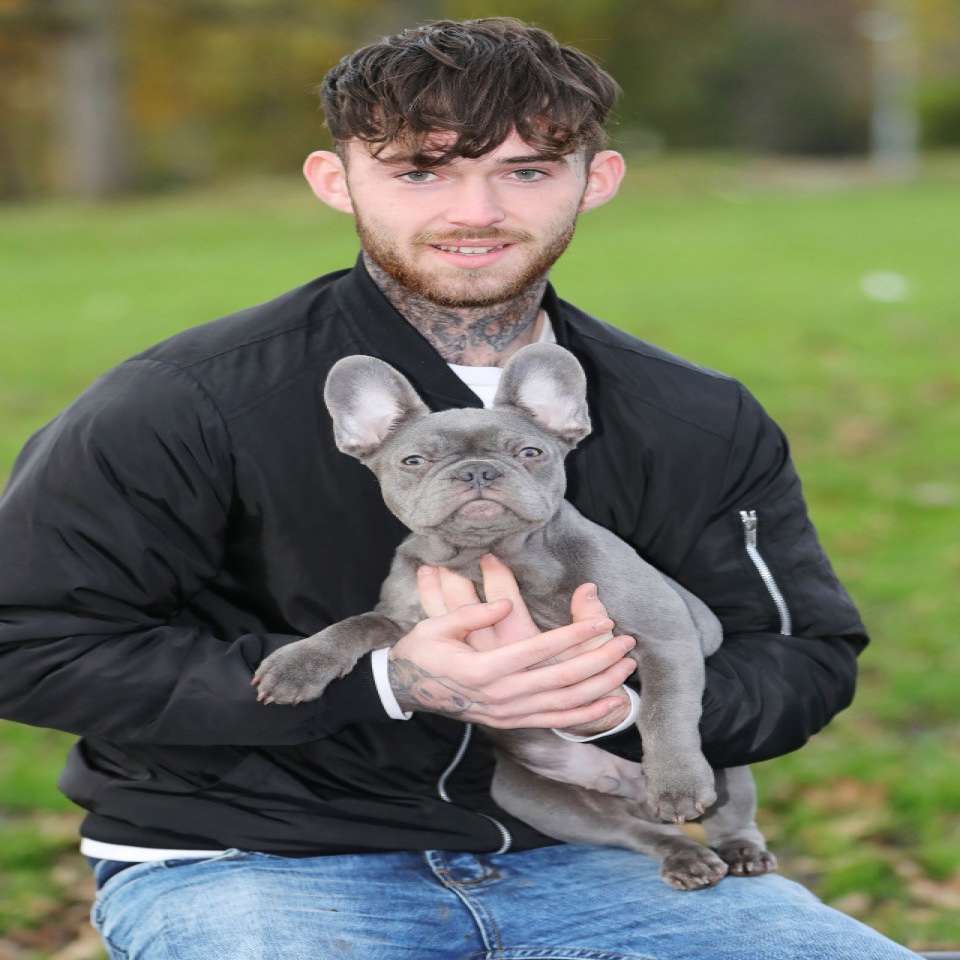 A DOG-OWNER was stabbed by a thug who tried to snatch his pet.

Aaron Aston was attacked in an alley as he walked French bulldog Vinnie.

The five-month-old pooch — named after ex-footballer Vinnie Jones — is a Kennel Club-registered pure breed worth £2,500.

Self-employed gardener Aaron said a man approached him and asked how old his dog was.

“I picked up my dog and went to my mate’s.

It was only when he saw the hole in my jumper I realised I had been stabbed.”

Aaron, of Leeds, is now being treated for anxiety. But he said: “I was not going to let the dog be taken. It was not happening.”

Aaron said: ‘I was not going to let the dog be taken’ 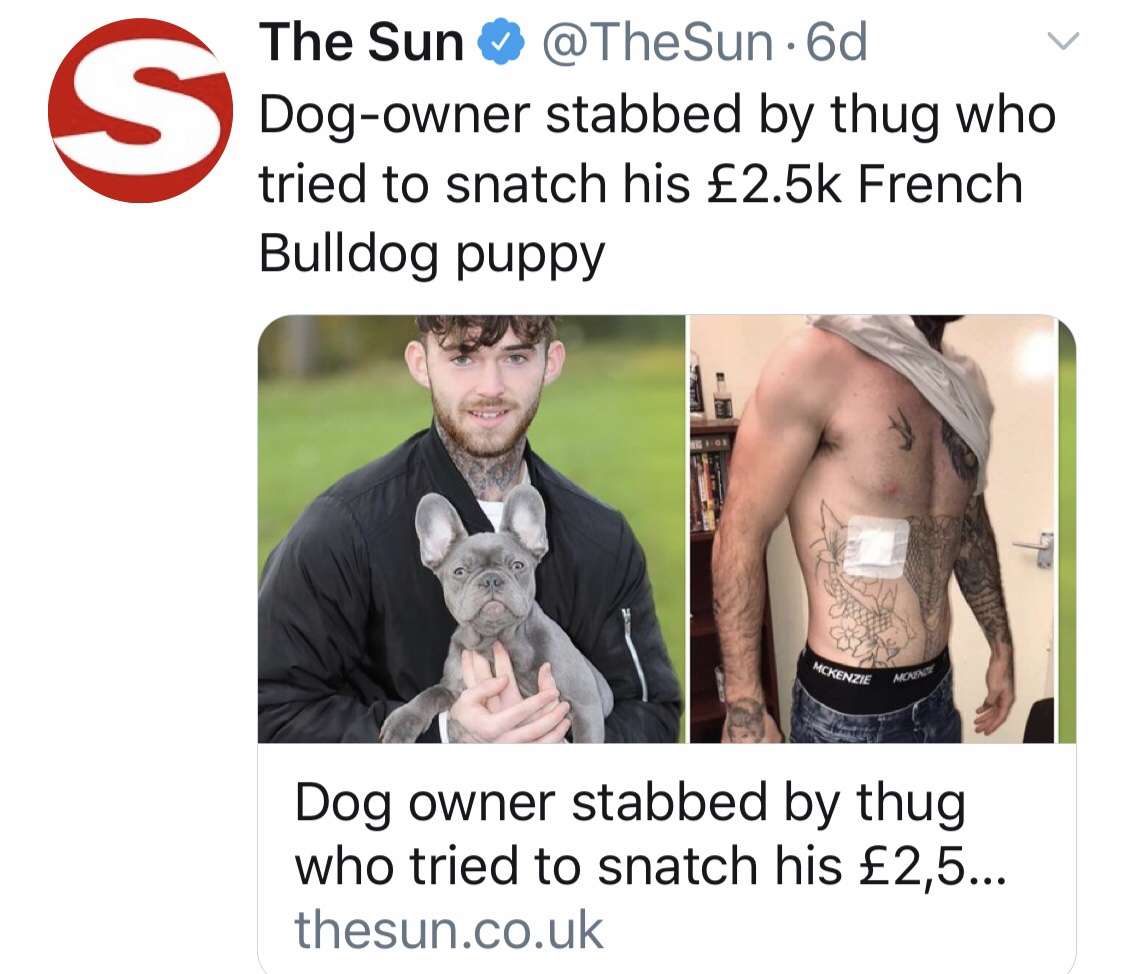 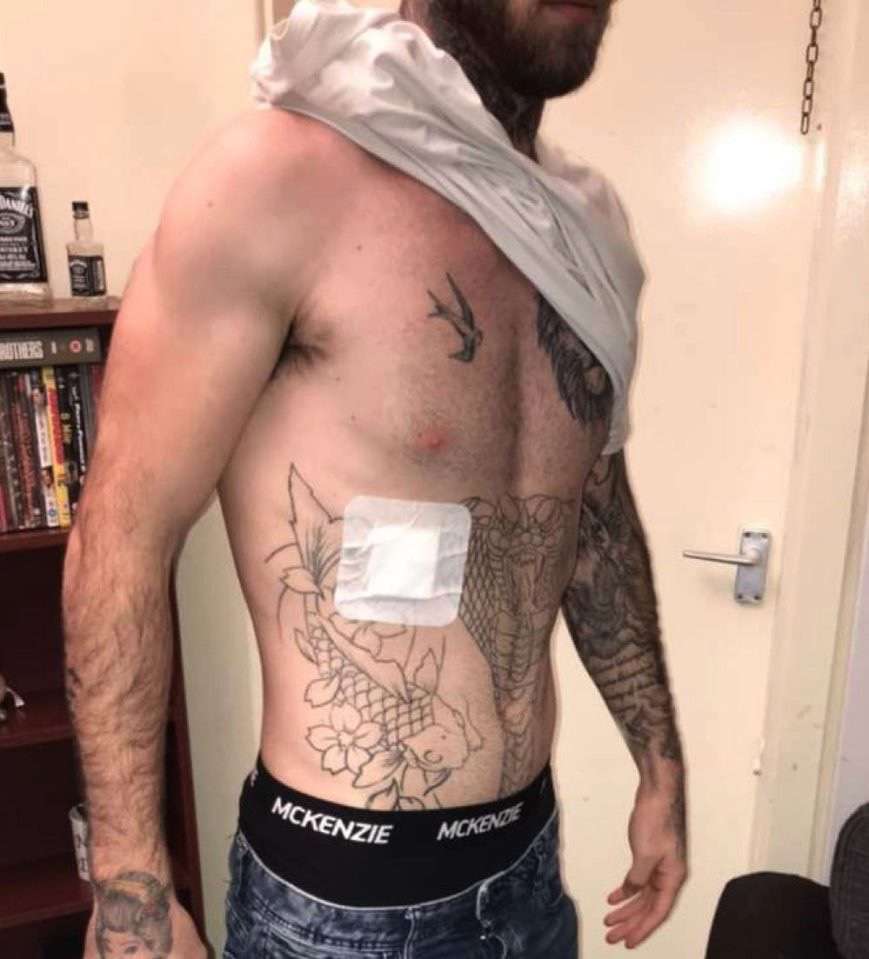 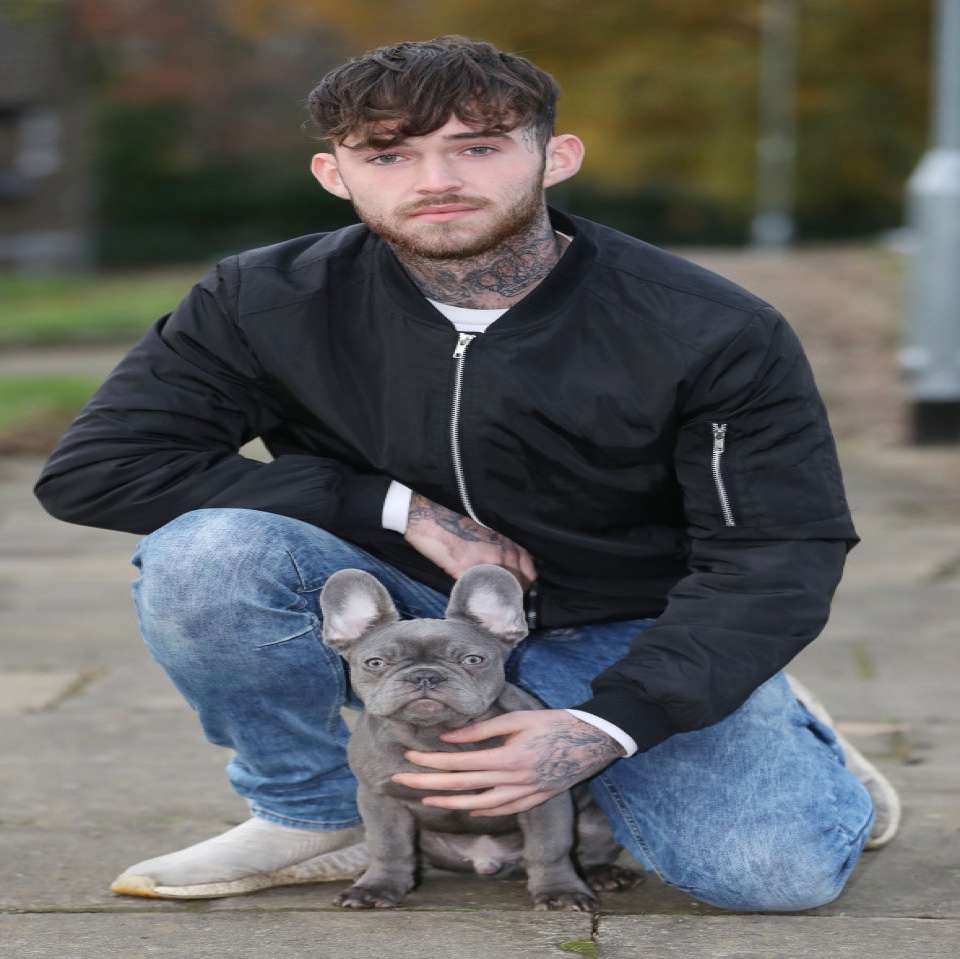