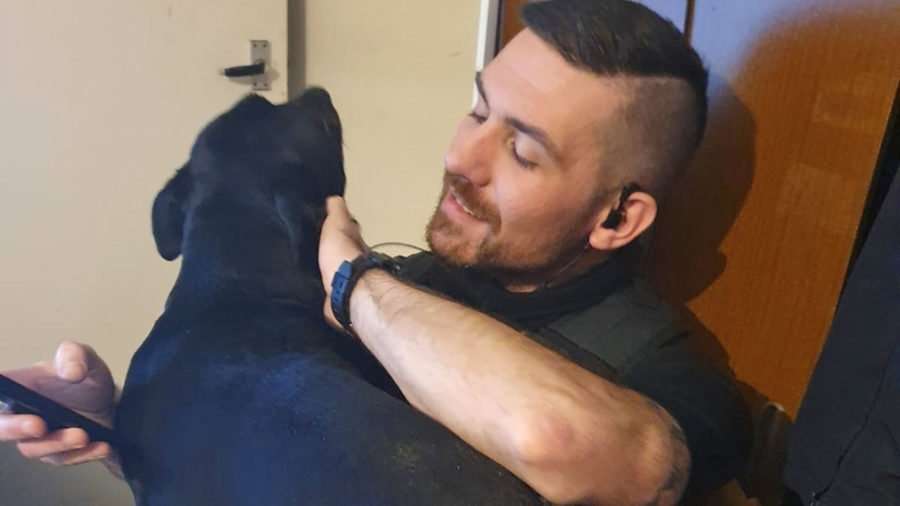 He failed to attend a police interview prior to his sentencing

A Lincoln policing team said “our team share the public’s frustration with this decision” after a 64-year-old man was given a suspended sentence over the theft of an adorable Staffy dog.

Reports previously circulated on social media regarding the disappearance of Staffy Kelly before the owner flagged down PC Wray on December. PC Wray immediately began enquiries and spoke with the witness before the dog was recovered and returned to her owner.

Brian Steven Buckthorpe was arrested on suspicion of theft, before being released under investigation while PC Wray conducted further enquiries. He later failed to attend a voluntary interview with police.

On Sunday, January 9 Sergeant Smith and PC Wray attended the suspect’s address, along with PCSOs Bannister and Page, and Buckthorpe was arrested again. He was later charged with theft and for breach of a court order issued under the animal welfare act.

The order placed upon the defendant previously issued him with a lifetime ban on keeping animals, which he breached when he was in possession of Kelly. He was remanded in custody before appearing at Lincoln Magistrates’ Court on Monday, January 10.

Buckthorpe was already on a suspended sentence for breach of the court order. However, he left court on Monday with a six week sentence suspended for 12 months.

Kelly’s owner previously said he was overwhelmed and grateful for the kind words of the people of Lincoln, and from across the country. He also said that Kelly hadn’t stopped playing with his other dogs since she got home.

PC Wray was showered with love and kisses in a joyous reunion with the dog before Christmas.

Photo credit: PC Wray with Kelly after he went to get a statement from her owner in relation to a theft investigation. Photo: Lincoln Police