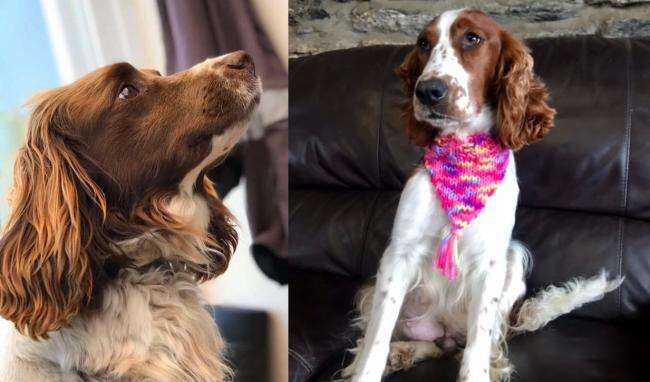 TWO valuable pedigree dogs of the same breed are believed to have been stolen in rural Pembrokeshire within days.

The owners of Welsh Springer Spaniels Mabli and Daisy are desperately waiting for news of their pets, who went missing from New Moat and Spittal respectively.

As previously reported, three-year-old Mabli was in season when she disappeared, and with a litter of pups she could be worth £5,000.

Daisy, who is deaf, is 13, but looks and acts much younger, which could deceive potential thieves into thinking she could be used for breeding.

The disappearances of both dogs are being investigated by the Dyfed-Powys Police Rural Crime Team.

Mabli was stolen sometime between 4pm and 5pm on Monday, October 28 from a farm near New Moat, while Daisy was found to be missing from her secure garden at Southgate, Spittal last Friday afternoon.

Her family’s elder daughter, Bethan Sutton, told the Western Telegraph: “We are all absolutely sick with worry. Daisy means so much to us – my sister and brother and I have grown up with her. It’s heartbreaking.”

Daisy lives in a kennel in the Suttons garden where she runs free in the day. “The garden has a six-foot fence and the gate, which has a latch, was open,” added Bethan. “Even if she had run out, she would be back by now.”

Daisy also suffers from separation anxiety. “We only put her in kennels once and she refused to eat for the whole week,” said Bethan. “We’re just so worried for her because we know how bad she will be without her family.”

Anyone who has any information about Mabli or Daisy is asked to contact police on 101.