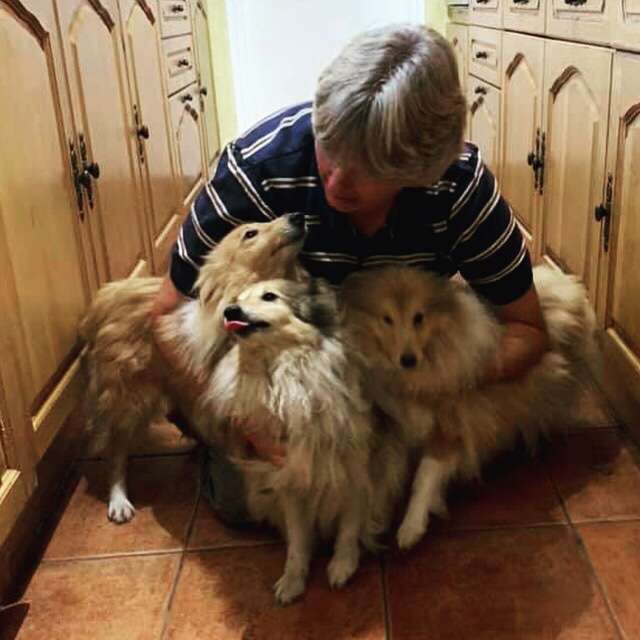 “So quick update all bathed now being blown dry lots of help turned up. Mo the 12 year looks like she has been kicked in the mouth as she has missing teeth and her gum is split but she’s ok and all are on penicillin just in case. Again you guys are all wonderful you have kept us going. Everyone here is crying to but think it’s just been bottling up. If you have dogs still missing we will keep searching for you but target the camps they have gangs that steal and others to sell.”

“So apparently my previous post has been removed due to hateful language against travellers. So photo again and a huge thank you to the lovely travellers who stole our dogs kept them in filthy conditions and ill treated them.”

“Whilst you guys have been brilliant I need to send a special thanks to Alice Ash and the DogLost team. Also to Ang she knows who I mean . The travellers told us there are lots more dogs on the camp site in Birmingham if this is true the police should raid the area including Gloucester but my guess is they won’t.”