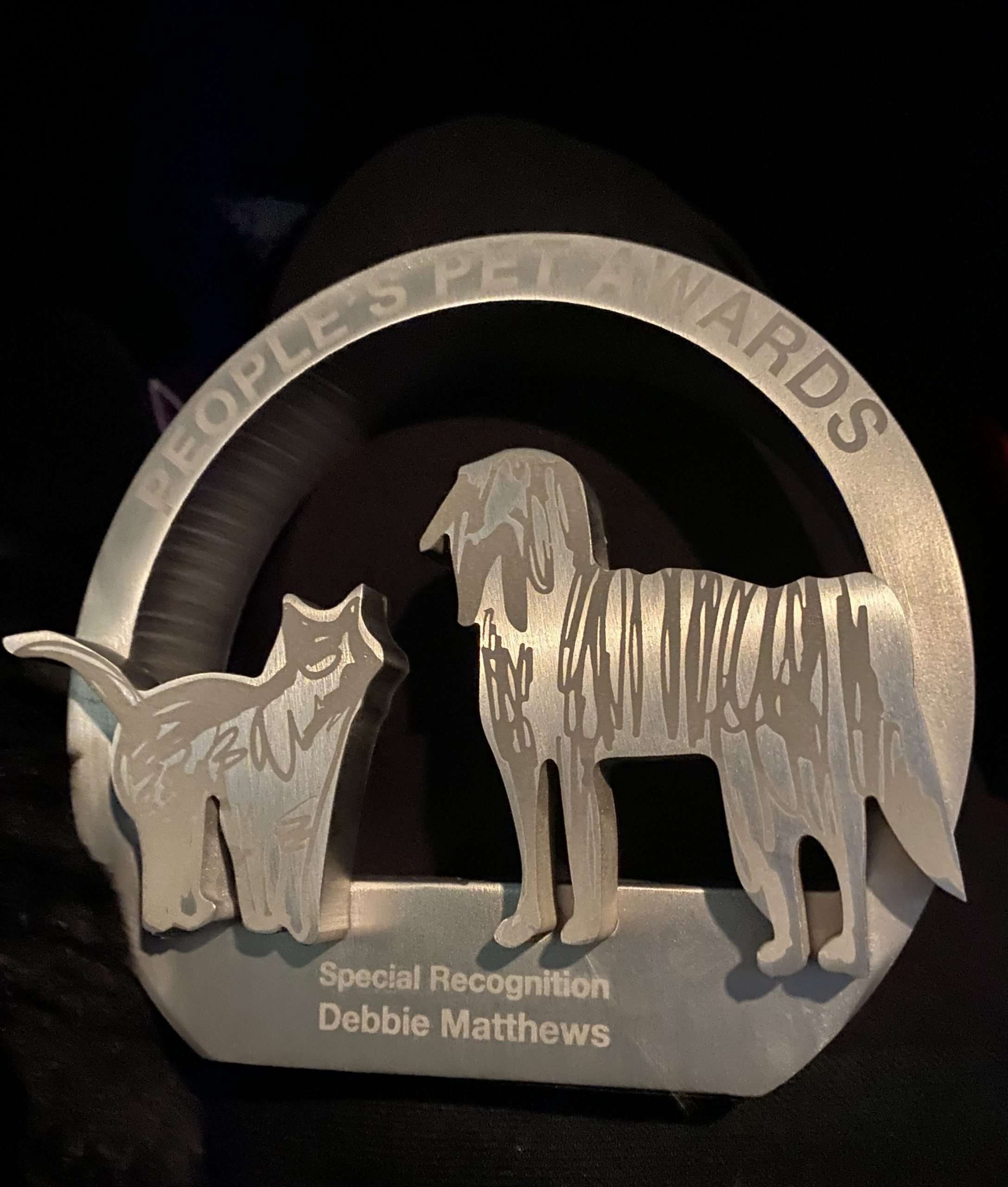 #PeoplesPetAward Special Recognition Award for the team behind the #PetTheftReform campaign

We as SAMPA a campaigning group were recognised in the #PeoplesPetAwards last night with a ‘Special Recognition Award’ for the #PetTheftReform campaign. Special thanks go to Dr Daniel Allen and Doglost.co.uk who gave evidence to the Government’s Pet Theft Taskforce.

Thank you to everyone who signed the petitions and wrote to your MP, working together we got the changes needed for our dogs but must continue to get cats and other kept pets included, in line with the new #PetAbduction offence.

I was very proud to have been invited to represent our SAMPA team, all the Facebook missing dog groups and pages and all owners of dogs and cats. We dedicate this award to all the stolen pets that are still missing 💔

Co-founder’s of the Stolen And Missing Pets Alliance: Doglost.co.uk, Vets Get Scanning, Pet Theft Awareness and the Dog Union

Pet abduction in England has been a growing problem and one that causes untold pain for heartbroken owners.

Now, thanks to the work of Dr Daniel Allen and Debbie Matthews, as well as their fellow campaigners, pet abduction is about to be formally recognised as a crime.

Daniel, an animal geographer at Keele University, decided to do something to reform the outdated legislation and teamed up with campaigners from the Stolen and Missing Pets Alliance (SAMPA) including co-founder Debbie, to launch a petition to have the law changed – working hard to notch up 100,000 signatures in just four months.

In July 2021 the issue was debated for a second time in Parliament, and the government pledged to change the law to make pet abduction a crime.

Debbie has been campaigning for a pet theft law since 2014 after her own dogs were stolen back in 2006. The 66-year-old was fortunate enough to be reunited with her two Yorkshire Terriers following a TV appeal alongside her father.

Debbie didn’t realise she was first to be interviewed on the red carpet! https://fb.watch/9PjV-F74WI/