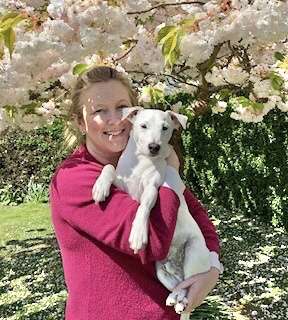 If you are a family with a dog, cat or other pet you will appreciate the importance of their companionship and unconditional love especially at this difficult time when we are dealing with Covid19.

Sally-Ann didn’t need much encouragement to support the two linking campaigns as she has a dog, a Jack Russell Terrier named Milo and as a magistrate has seen the injustice for pet families herself.

‘As a former magistrate, it always struck me as odd that the theft of an animal was no different to the theft of a bicycle or some other inanimate object. The thought of someone stealing our beloved family pet is very unsettling; the emotional distress it would bring to my family is unthinkable. But what about the trauma to our pet? Sentencing guidelines are one thing, but we should have a new specific, separate law for pet theft – with appropriate sentencing.’

‘Numerous dogs are stolen every week, causing distress to their owners and to the dogs. We should be looking at ways of preventing crime and being able to trace dogs if they go missing. As it is mandatory to micro-chip dogs, it should also be mandatory to scan and check for micro-chips to deter crime, rather than scanning be encouraged as best practice. ‘

Debbie said “We can’t thank Sally-Ann enough for backing these important issues, she has pinpointed the present problems while giving the much needed solutions that we are pas-suing by putting deterrents in place to protect our pets and help get them back home. MPs support is vital in getting the Government to make the changes that are needed.”

Moving forward SAMPA along with their Patron and petitioner Dr Daniel Allen are preparing for their second #PetTheftReform debate in Parliament, the date of which to be confirmed after the Coronavirus lockdown has been lifted.

#FernsLaw petition is still open and is asking the Government to make it compulsory to scan and check microchips to reunite stolen dogs, cats and other domestic pets:- https://petition.parliament.uk/petitions/300010

Why not send this post to your own MP, maybe they can join the campaign too?