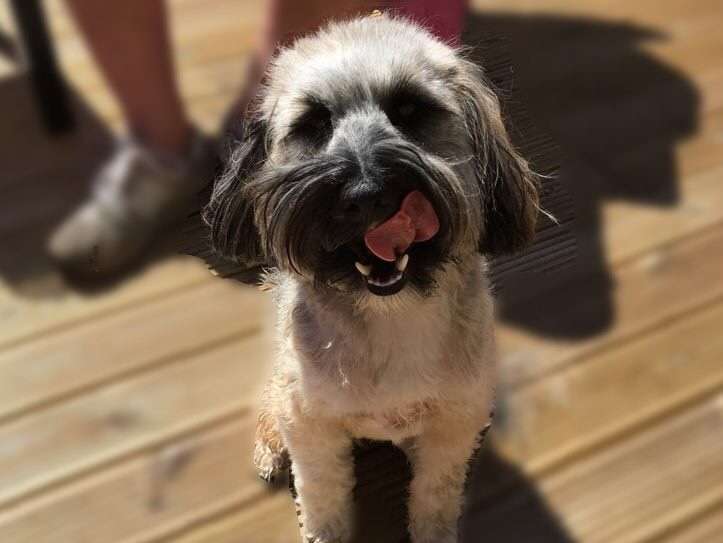 Owners Murray Simpson and Michelle Bond had feared the worst after the two year old pooch had disappeared from their Monifieth home between between midnight and 6am on Monday morning.

The couple had been left “distraught” and took to social media, where pictures and details of Betty were shared hundreds of time.

Mr Simpson spoke of his relief: “We got a call to say she had been found a couple of miles away and taken to Brown Street Kennels in Dundee.

“Staff there carried out identity checks on us, and we were able to get her back.

“She was filthy and very scared, but delighted to see us.”

Mr Simpson is now urging people to look at the security of their property to keep their pets safe.

“There is a six foot wall and two gates at the house, so there is no way that she got out by herself.

“It may be that she was stolen, but became too hot to handle because news of her disappearance went viral, or someone may have deliberately let her out as some kind of prank.

“We may never know, but we will be reviewing our security to make sure it does not happen again, and I think this situation should act as a warning for other pet owners to also make sure their pets are kept safe.”

If you think that #PetTheft should be a criminal offence please sign and share the new #PetTheftReform:- https://petition.parliament.uk/petitions/244530

Share:
← ‘She means everything to me’ – Owner’s heartache as puppy STOLEN from Hanley car park #PetTheftReform
Court update on MELA: Is this justice, is this going to stop Pet Theft? #PetTheftReform →