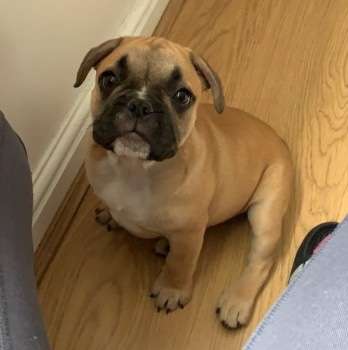 Aironas Jurkus, 10, is suffering nightmares after French Bulldog Zara was swiped by cruel crooks as DogForum warns of a terrifying rise in dog thefts during the coronavirus lockdown

The pandemic has led to a disturbing dog theft epidemic.

Nearly 500 pets have been registered missing or stolen since lockdown began on March 23.

Popular breeds – worth thousands – are stolen to order, with big demand as more Brits work at home.

Some 477 missing dogs are believed stolen by opportunistic crooks, known as “theft by finding”.

DogLost worker Karen Field said: “It’s horrific. “The figures show the epidemic of pet theft. “We are the largest service on which people can register missing pets but there are others, so the true UK figure will be higher.”

Aironas Jurkus, 10, is having nightmares after a thief grabbed French Bulldog Zara outside the family home in Bedford. Mum Rita, 30, said: “My son is so upset, he thinks he hears Zara bark all the time. “We only had her three weeks and are heartbroken.”

Campaigners have launched a petition calling for a specific crime of dog theft, with sentences of up to two years in jail. #PetTheftReform https://petition.parliament.uk/petitions/300071