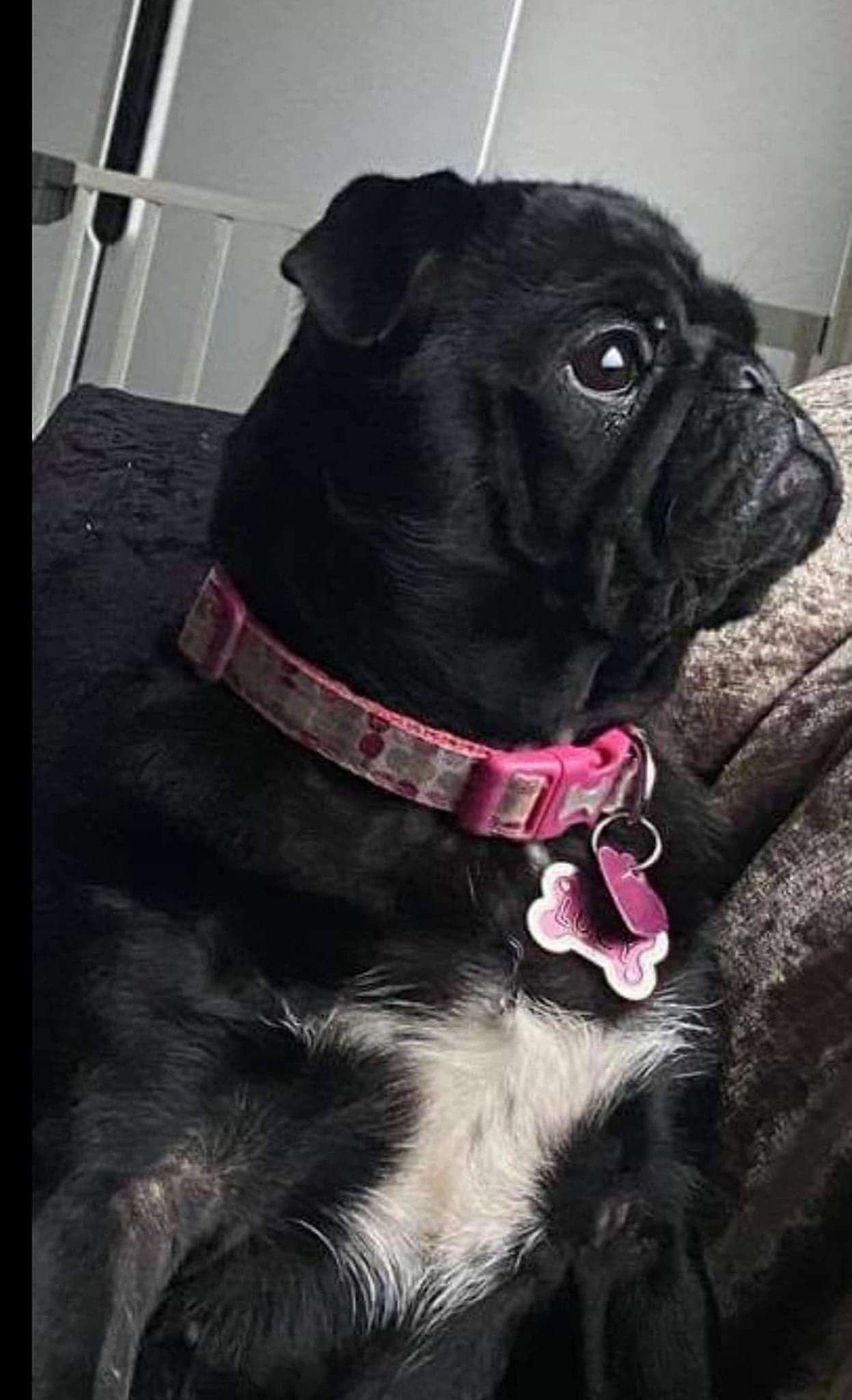 A kind stranger has donated £1,000 to up the reward for a little girl’s dog believed to have been stolen in Rotherham.

Lucy the pug went missing from the Thurcroft area of Rotherham on September 2, 2020, and has not been seen since.

Chloe had taken her eyes off the little dog for just a moment and, when she looked back, Lucy had completely disappeared.

She said: “It’s a residential area but there’s been no sightings or dog poo or anything. If she was out there we would have found her – we’ve even had drones out, twice.

“I’ve put posters up and put it all over Facebook, I’ve spoken to vets, kennels and dog groomers.

“Someone knows something, they’re just not saying. If she was on the street we’d find her.”

As well as being a treasured family pet, Lucy also proved to be a lifeline for Chloe’s three-year-old daughter, Ellieanna, who is disabled due to a brain injury and finds it difficult to interact with people.

Lucy was her best friend and the little girl is devastated that she is missing.

Now the family have been able to up the reward for Lucy’s return to £3,000 – thanks to a kind donation from a total stranger.

The donor, who did not want to be named, said that Lucy’s story “pulled on their heartstrings” as little Ellieanna relied so much on her four-legged friend.

They said: “Dog theft is terrible and sadly rife at the moment, I feel so much anguish for every dog taken away from its family – you just don’t want to imagine what the poor animals are going through.

“This particular situation doubly pulled at my heartstrings as the little girl relied on her dog so much and the family have worked relentlessly doing everything they can to find Lucy.

“The picture of Chloe’s daughter sat outside her back door waiting for her dog to come home was beyond heartbreaking from the start.

A Facebook group called ‘Bring Lucy Home #findlucy’ has amassed more than 3,000 members and people have also donated money for posters, banners and other local appeals.

Anyone who has any information about the whereabouts of Lucy should contact South Yorkshire Police on 101 quoting incident number 860 of 2 September.