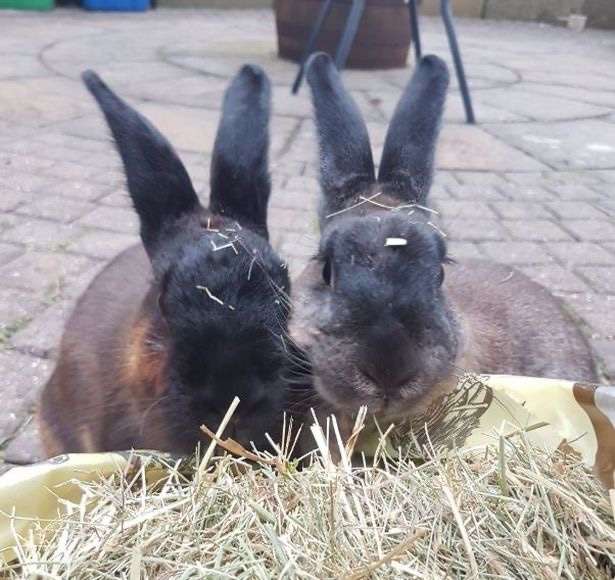 This is the disturbing moment a thief jumped over a garden wall and CRAWLED into an outhouse to steal a pet rabbit.

CCTV footage captures the man crawling on all fours in the garden in Windsor Terrace, in Milnrow.

This is the disturbing moment a thief jumped over a garden wall and CRAWLED into an outhouse to steal a pet rabbit.

CCTV footage captures the man crawling on all fours in the garden in Windsor Terrace, in Milnrow.

Natalie Clegg, owner of the rabbit named Arthur, has been left devastated following the burglary which took place on Saturday, October 19.

Rabbits bond for life and the couple suffer from anxiety when they are not together.

Natalie said they both suffered a miserable start to life, living in cramped conditions and only fed bread, before they were rescued by the RSPCA.

The 28-year-old is now desperate to re-unite the rabbits and is offering £100 for anybody who can help bring Arthur back home.

Natalie told the M.E.N: “It is unbelievable. We keep them safe outside, you don’t expect someone to take one. They are not worth anything.

“He has taken my rabbit inside a fleece sleeping bag which we have to keep them warm.

“They were with the RSPCA for a year because nobody wanted them. I was the first person to come and see them, it broke my heart.

“They have a huge hutch in garden, they now have the most amazing lives.”

She added: “Rabbits bond for life, they have been separated. When they are separated they get really depressed.

“No human can give a rabbit the reassurance and comfort another does. They bond so closely. Seeing her suffer, I am so desperate to get him back.”

“Maybe he thought they were worth something, they are large rabbits but he isn’t worth anything.

“It is absolutely awful, I have been crying. I can’t get my head around it.”

Arthur is thought to be aged around two-years-old and weighs three kilos.

He is quite a large rabbit and has a mixture of brown and black fur, with lighter distinctive markings in ‘wavy’ shapes on his stomach.

As he was rescued he does not like being handled or picked up.

The incident has been reported to Greater Manchester Police who have confirmed they are investigating.

An RSPCA spokeswoman said: “We are saddened to hear that Arthur is missing from his owner’s home after a suspected theft of the much-loved pet.

Arthur originally came into RSPCA care back in September 2018 from a multi-animal home where breeding had become out of control.

“Arthur and Olive, along with their four babies, came into the care of the RSPCA Altrincham Cheshire branch and the mum and dad rabbits were in foster care with the branch until they were adopted in July 2019.

“We understand this must be an incredibly worrying time and our hearts go out to Arthur’s owner, and his bonded rabbit Olive. 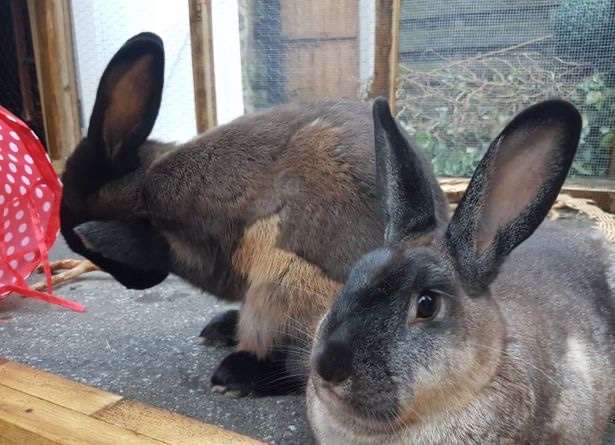 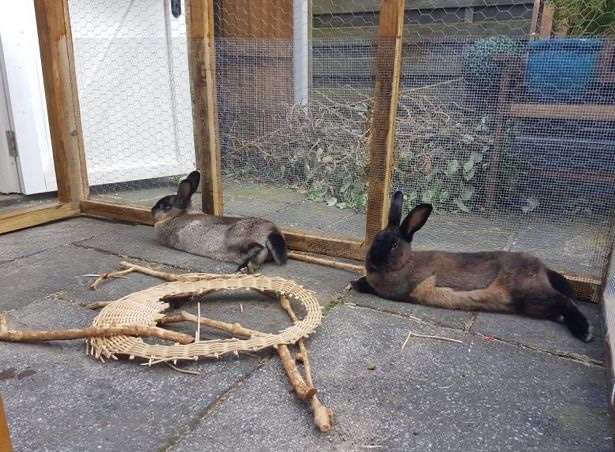