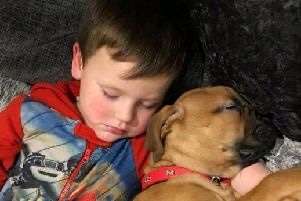 A little boy given a puppy for Christmas is heartbroken after his pet vanished – and fears Santa may have taken it back to the North Pole as a punishment for misbehaving.

Harris Speirs, aged five, was inseparable from Bull Mastiff pup Casha after ‘Santa’ gave him the dog for Christmas.

But Casha, now aged 11 months, vanished on August 6, and the family fear dognappers may be to blame.

Mum-of-three Mary Speirs, 35, says Harris cannot understand what has happened and thinks Santa has taken Casha back to the North Pole as a punishment for being naughty.

Mary said: “Our youngest son, Harris, is only five and he asked ‘Is it because I was bad? ‘Has Santa came and took him away?’, because Santa brought her at Christmas.

“He doesn’t understand and I don’t know what to tell him.

“It happened seven weeks ago, we stay just outside Dalrymple, East Ayrshire, on a farm.

“She was bought for the kids, she and Harris were never separated.
— Read on www.scotsman.com/ 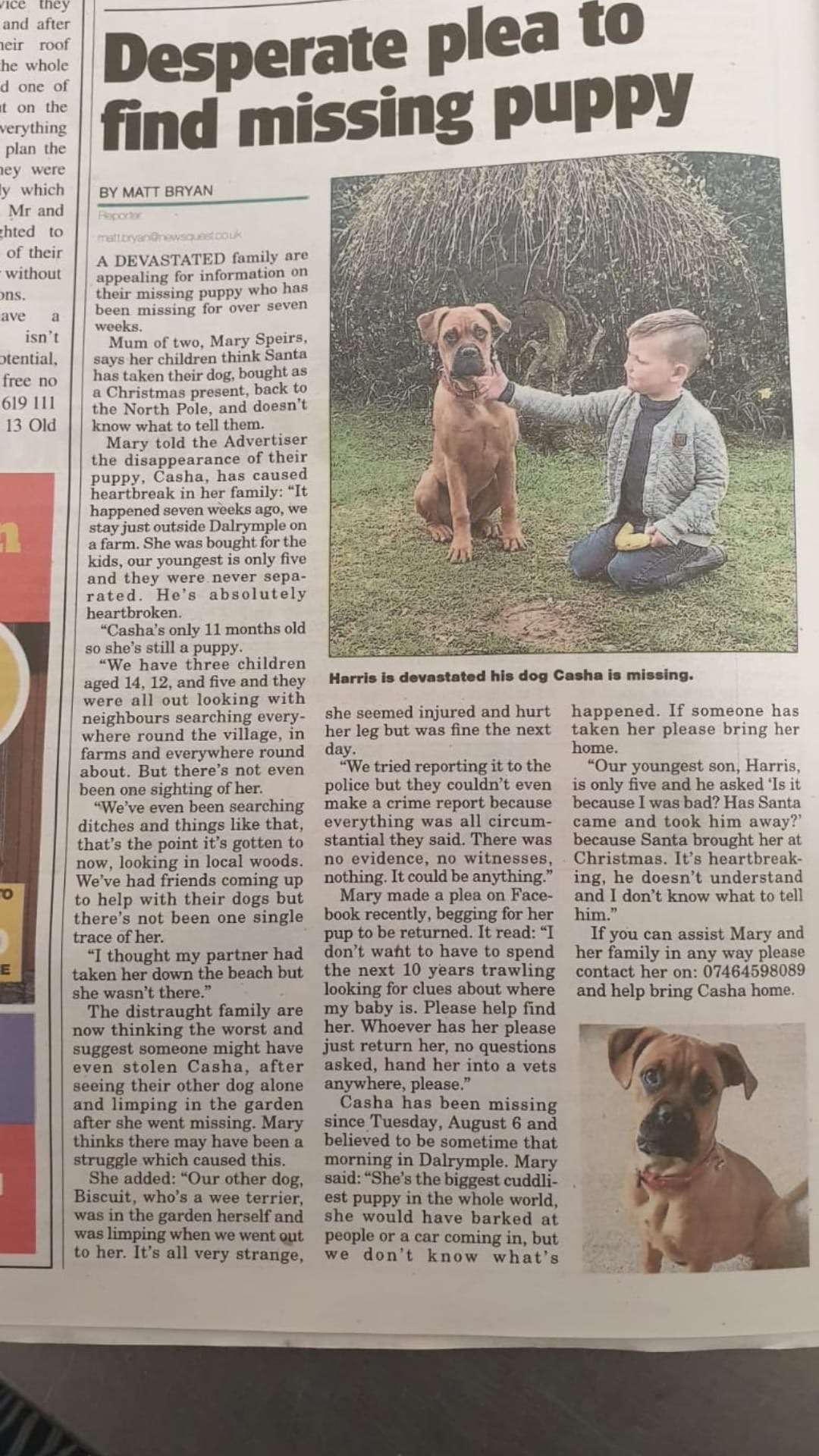