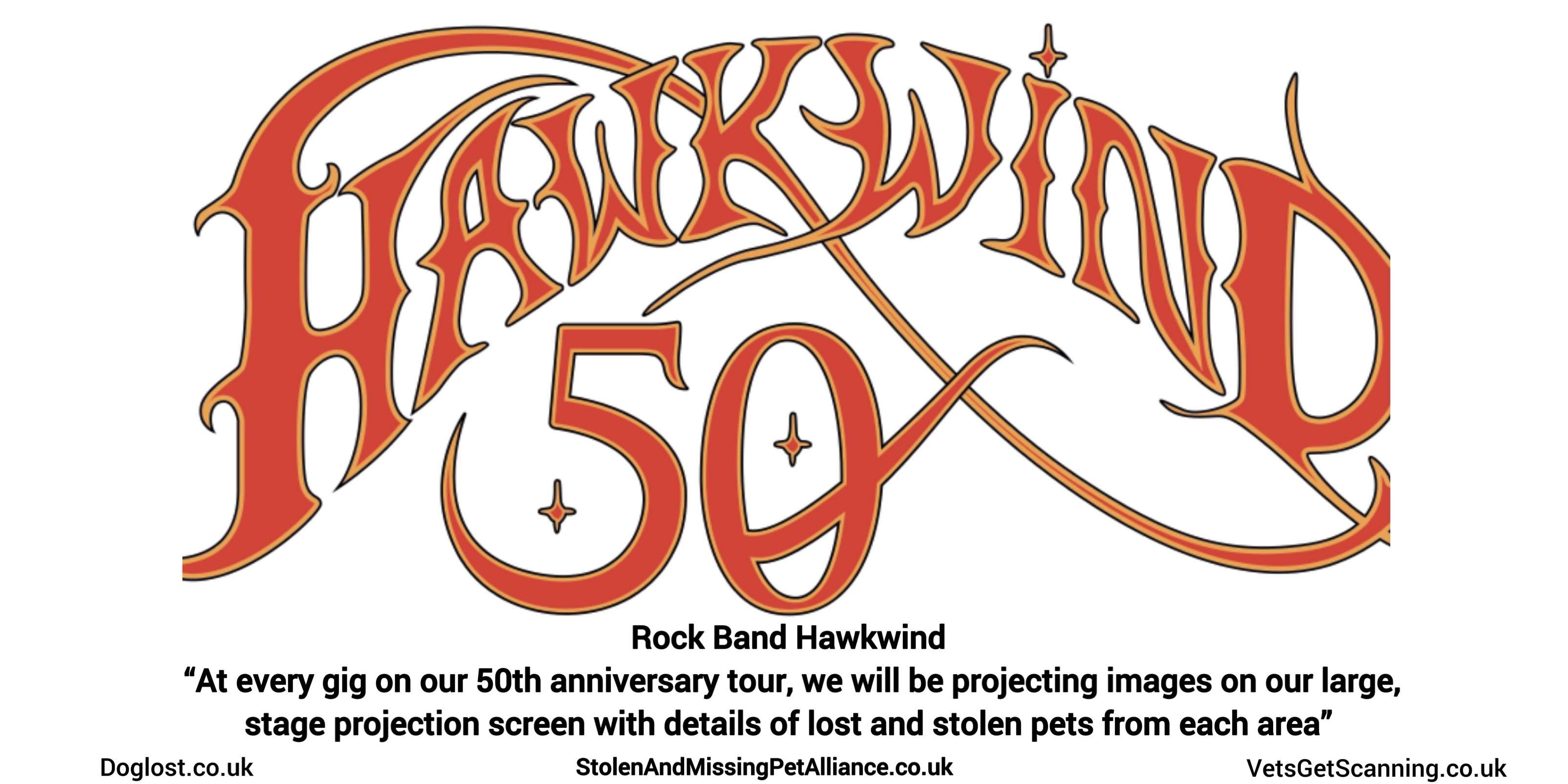 Each day 7.5 dogs are stolen, and on average 28 dogs a day go missing in the UK, which is heartbreaking for the families concerned.

At every gig on our 50th anniversary tour, we will be projecting images on our large, stage projection screen with details of lost and stolen pets from each area.

Please take a moment to look at the photographs on the screen, and if you have seen any of these dogs, please get in touch. There are families out there who are just waiting with hope for your call.

At the moment pet theft is not taken seriously in UK law. Pets are treated the same as inanimate objects such as bicycles, mobile phones or garden ornaments..

There is a #PetTheftReform debate scheduled in Parliament after the election, where it is hoped that pet theft is reformed, it will change how pets are recognised from property to sentient creatures and pet theft treated with the severity it deserves.

The petition is now closed https://petition.parliament.uk/petitions/244530 but please get in touch with your MP candidates to ask them to support the debate.

#FernsLaw petition is open and is supporting all missing microchipped dogs, cats and horses. We believe if microchip registration is checked at first veterinary consultation and at the yearly health check many missing microchipped pets would be reunited with their heartbroken families:- http://chng.it/pKPKg255

Debbie Matthews, Founder of VetsGetScanning and SAMPA CEO, is doing an interview at the Royal Albert Hall with Matthew Wright for the radio on the 26th November 2019

Share:
← REUNITED ! ZOE: My stolen dog’s microchip was scanned on the 1st November and I can’t find out where she is!
Thieves pounce in two-minute window to steal gorgeous Staffie puppy as owner launches desperate plea to be reunited →