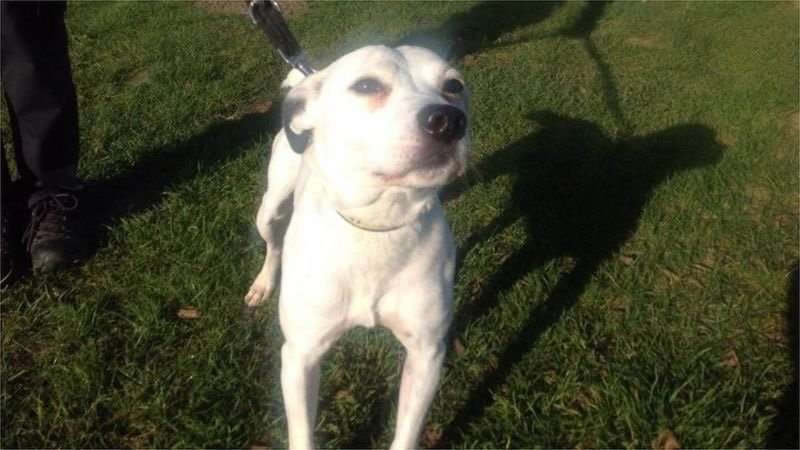 A man who opened a secure dog walking field in Gloucestershire has attracted pet owners from as far away as Yorkshire.

Giles Jackson opened his four-acre (1.6-hectare) field near Chedworth one year ago to meet demand from dog owners who want to keep their pets safe from the risk of theft or other animals.

The field is fully fenced and rented out by the hour.

It has proved popular with people who do not have the same amount of space.

“Clients book up to an hour at a time and get exclusive use of the field,” said Mr Jackson. “The reason people like it is it’s flat and they can let their dogs off the lead. It’s also secure, they can relax and there’s no chance of them going off after a sheep or a deer.”

Mr Jackson originally bought the field for his pet burials business, but because the soil was not right he decided to start up his secure dog walking field instead.

It costs £10 a session to book the field for up to three dogs and he has had regular bookings since it opened, A couple even arrived from the north of England.

“They were on their way from Yorkshire to Devon and stopped off here to exercise their dog,” explained Mr Jackson.

Mr Jackson is part of a growing trend. Dog walking fields are popping up all over the West of England.

Lucy Keogh is a professional dog walker who started renting a secure one-acre (0.4-hectare) field in Hucclecote last year to walk her clients’ animals. She has now invested £100,000 and just bought four acres (1.6 hectares) in Churchdown.

“I just thought that with a group of other people’s dogs it is so much safer to have something secure,” said Ms Keogh, who also rents the space to other dog walkers.

“It’s worked out really well, much better than I expected.”