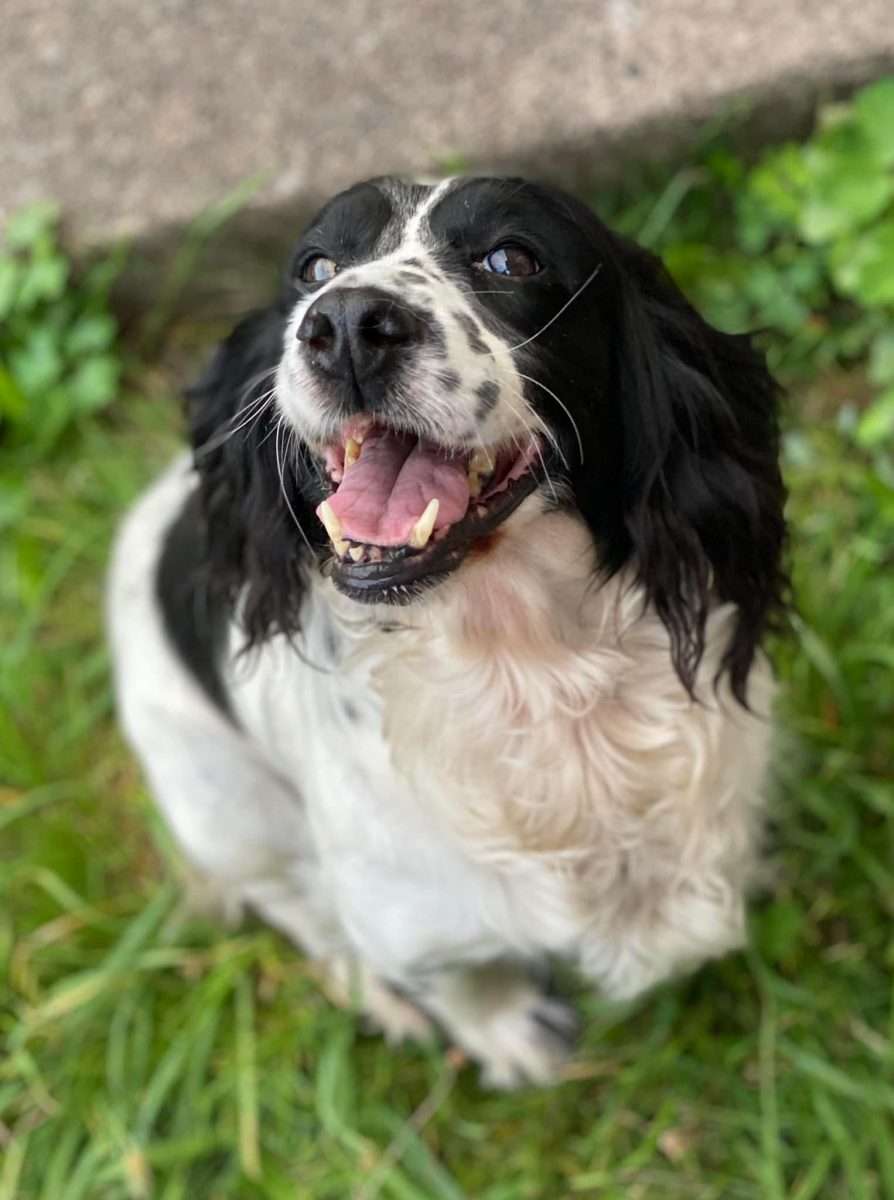 Flash was reunited thanks to a DogLost poster after 7 years missing! Why did her microchip let her and her family down! #PetTheftReform #MakeChipsCount

We all love a happy ending, and this is an exceptional story!!

In 2015 Emma had five of her Spaniels and Sprockers stolen; three were found quite quickly after the theft, but Flash and George weren’t with them.

George was reunited through his microchip in 2020, five years after he was stolen. Emma received a call from a vet to say her stolen dog was handed in, found wandering in Buckinghamshire.

Then two years later in November last year, Flash was rescued from a man who had used her for breeding. He was ‘getting rid’ so a lovely rescue lady, Michelle, took her in so she wouldn’t get passed on to another unscrupulous person.
She wasn’t in a good state, urine stained, severely overweight with her teats dragging on the floor. She had been kept in an outside pen and just bred from. The life of a breeding slave.

Michelle scanned her and her microchip showed her name and date of birth, but didn’t have any owner details, so she proceeded to mend this poor broken girl.

Then this week a friend, Victoria, saw a photo of Flash on Facebook and thought she looked a lot like a dog with the same name. One that was stolen many years before. She contacted Michelle with a copy of Flash’s DogLost poster – she called Emma, Flash’s original owner to check and the microchip number was a match. While Michelle had grown to love her too, she knew she had to be reunited with her family.

⚠️ We must use this story to illustrate the microchip issue in the UK – 18 different databases, of varying levels of competence and effectiveness

• When Flash was registered with DogLost the day after she was stolen, her microchip details were checked, and she was flagged as Stolen ✅

• When she was rescued in November there were no owner details on her microchip record, and she wasn’t flagged as Stolen 😱

How did this happen?

This is something that we, at DogLost have come across more and more – PLEASE do check your pet’s microchip details are registered, are up to date and more importantly still on the database you registered with.

If this story makes you nervous, we recommend registering on the new FREE database that meets Government standards: http://petdatabase.com/?ref=doglost

✅ there is no cost to make amendments

✅ you will get an e-mail ‘ping’ if your pet is found, its microchip scanned and checked