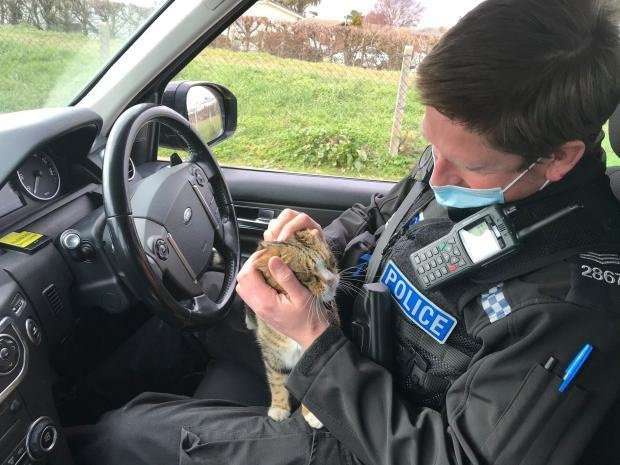 A MUCH-LOVED cat with an online following of thousands of fans has been stolen for a THIRD time.

“He’s been stolen twice,” she said.

“We put a collar on him, but it just gets taken off. We’ve even had a tracker put on him before, but that was taken off him and switched off.

“We’ve had so many tags put on him saying ‘Please don’t take me away from Brightlingsea’.”

Famous Max is a hit in his hometown of Brightlingsea, cuddling up to visiting daytrippers, and hanging out with locals. He is even known to jump into a police car now and again.

But Georgie fears his affectionate nature results in people taking him home.

In July, he was found 40 miles from his home in Ipswich after going missing for 12 days.

Just last year, he went missing for seven days after a family took him back to their home in Luton.

Georgie said: “He has a morning routine of going for breakfast at a burger bar every morning.

“If he doesn’t turn up, they will ring me and let me know.

“This time I thought he would turn up, but I started getting worried when I realised not a single person had seen him for days.”

His very own Facebook page has more than 2,000 followers.

“He’s got quite a following online,” said Georgie.

“He has fans in South Africa and Australia, it’s incredible.

“It’s probably why he gets taken so often, but he likes to jump into people’s cars and delivery vans, even police cars.

“But he is clearly a cat with an owner, he has a collar, and it is upsetting when he goes missing.”

Anyone with information on Max’s whereabouts can message his page: facebook.com/maxsmissions.