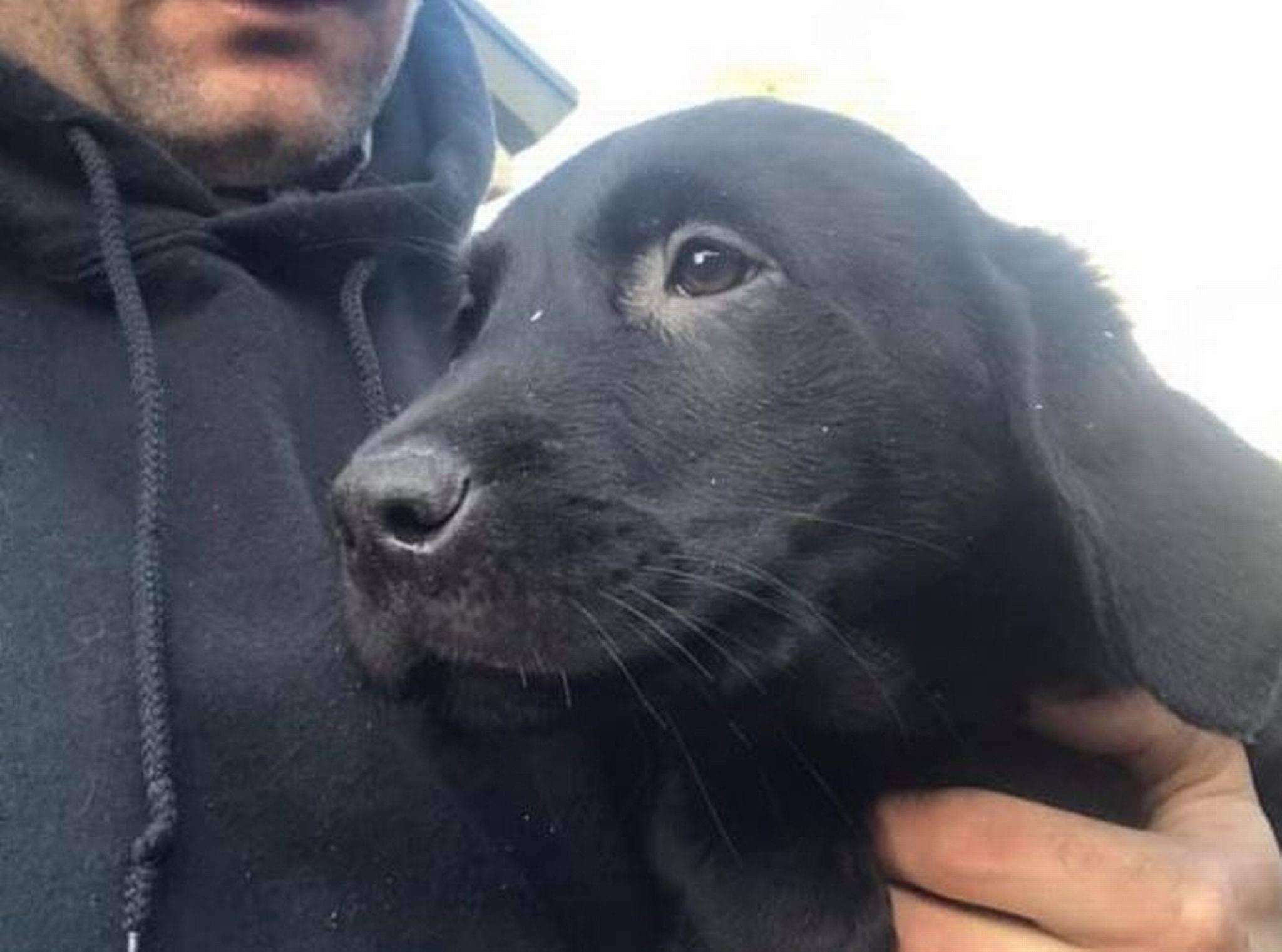 A total of six animals were snatched in separate incidents in Llandarcy, near Neath, and Llangyfelach, near Swansea, and officers say they fear some of the young pups are unlikely to survive without their mother.

Two black and white old English cross retrievers and two red and white cavalier cross bishons puppies were stolen from a rural outbuilding in Llandarcy at around 11.15pm on Wednesday, January 13. (The two youngest pups have been returned!)

In addition, two micro-chipped dogs were also stolen from kennels in Llangyfelach. It is believed a white van was involved in the theft of a black labrador puppy called Arthur, and a dark sable cocker spaniel, called Bandit, who is three years old.

A spokesman for the Llangyfelach family, who didn’t want to be named, said: “It has been devastating.

“We were disturbed by a big van which we saw approaching, and then reversing and its lights went out.

“We thought that was a bit odd, and then we heard our gates being opened.

“We went out to see what was going on and we disturbed them, but they had already managed to get away with the two dogs.

“It just turns my stomach. We have been here for years, and never had anything like this happen before.

“The dogs are part of the family.”

The thefts come just weeks after another family was left heartbroken when six dogs were stolen overnight. You can read about the theft in the Tonmawr area of Port Talbot here.

South Wales Police are appealing for anyone to report any animals matching the descriptions of the stolen dogs being advertised for sale if not from a registered breeder.

Superintendent Cath Larkman added: “It’s important to stress that these animals were taken from outbuildings/kennels and not from inside people’s homes, although dog owners are also urged to be vigilant.

“These dogs may be offered for sale and therefore we appeal to members of the public to help us by being vigilant regarding dogs being advertised for sale.

“In some of these crimes, very young animals were taken and I am sure that responsible dog owners will recognise and appreciate the risk and distress that this entails.

“We also urge people to do proper checks before buying any dog or puppy.”