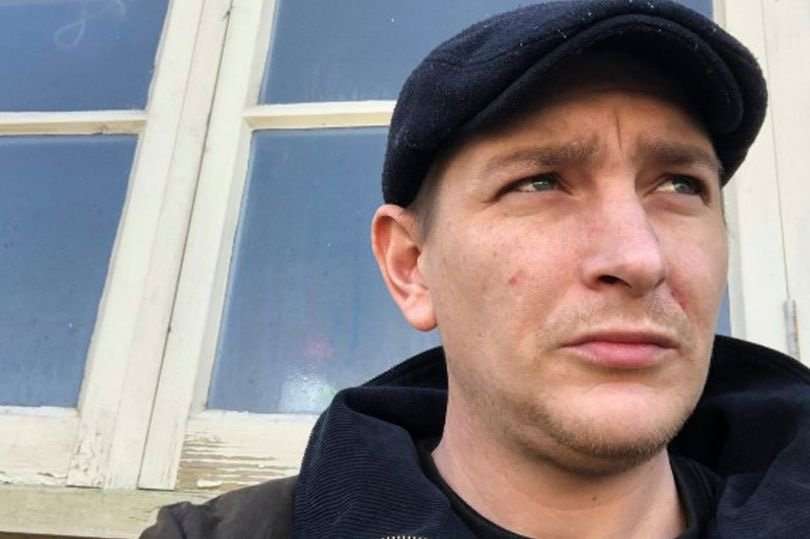 People across the country have reported an increase in strange signs being left outside their homes – including plastic ties on lampposts, gates, bins and fences – with fears they are being targeted by burglary gangs.

Many fear the plastic ties are symbols left behind to alert thieves to where dogs can be stolen – while chalk marks are said to give vital information about the home to thieves.null

The National Police Chiefs Council has warned that the demand for puppies has increased in lockdown – along with the price – soaring from £500 to more than £2,000.

Detective Superintendent Neil Austin spoke to Sky News amid reports pedigree dogs are being targeted, and then used for intensive breeding for puppies to sell.

Reports of dog thefts in the UK rose 250% in 2020, according to CountryLiving.

But other forces, including Devon and Cornwall, have said the stories are just an urban myth – and have urged householders not to be concerned.

Last year two girls in Northern Ireland walked around their estate snipping plastic ties from a number of locations amid fears they had been left to indicate where dogs could be stolen.

People across the country have reported similar black ties. There have been reports in Edinburgh, Plymouth, Hertfordshire, Dublin, Glasgow, Wales and beyond.

The method has been reported in locations around the world – with debate over whether the dog theft story is accurate or just an urban legend.

Beverley Cuddy, editor of Dogs Today magazine, said criminals had been prompted to turn to dog theft by the rocketing price of puppies in 2020.

The BBC found that five parts of the UK had a double-digit increase in dog thefts between 2019 and 2020 – Northumberland, Devon and Cornwall, Leicestershiore, Humberside and Suffolk.

Now ex-burglar turned security consultant Luke Harris has explained what is going on.

Luke, consultant at smart home security company www.boundary.co.uk, said: “This is something that is common with criminal groups, as opposed to single burglars or opportunist thieves.

“Someone will suss out a house or houses and mark it with some sort of sign – on the fence or something – and is most common around dog thefts.

“This is a tactic I was aware of when I was involved in burglaries, around 18 years ago, but seems to be much more common now.

“I don’t have any first-hand experience of this but the most likely method to steal a dog would be straight from the garden, so if you own a dog make sure your garden isn’t easily accessible from the outside – either to enter or to view – and consider looking into home security devices.”

Sgt Dan Box of Plymouth police said his team were receiving an increasing number of calls from worried members of the public, telling police they have found the cable-ties outside their homes.

Sgt Box said: “We’ve been getting a few calls each and every hour to our Crownhill office and I can imagine the other patches are getting similar calls.

“People have been reading posts on numerous social media sites about the ties and how they supposedly mark out a home for having a dog, which thieves can then target.

“As far as we are aware, this technique is not being used in our locality.”

He added: “Our message is very much ‘stay calm’. We do not have any information that there’s a dog-napping gang stealing dogs.”

He said police would be cutting ties where they find them – and then checking with nearby houses to see if they have a dog to find out if there is a link.

He added: “There are lots of legitimate cable ties out there, attached to posts and some have been there for months, if not years, and have been used as part of normal signage.”

In previous years police have warned to look out for strange signs drawn in chalk outside homes – which may appear to be random shapes and squiggles.