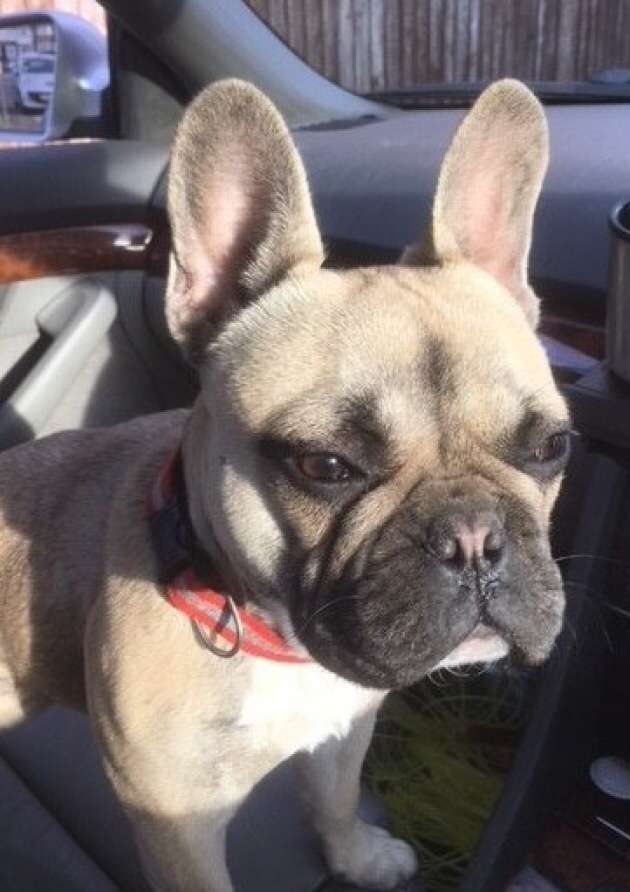 A dad is making a heartfelt appeal to thieves to return his 10-year-old’s French bulldog after the beloved pet was stolen from his van in St Albans.

Joe O’Malley was in the gym at the Noke Hotel in Watford Road when one-year-old Roxy was taken from his white Ford Transit.

He had left Roxy asleep on the passenger side seat and was in the gym for about an hour.

During that time, staff at the hotel had popped out to keep an eye on Roxy as they usually do.

But within a five-minute window of the manager going out to check on her and Joe returning to his van, the driver’s side window had been smashed and Roxy had been taken.

Builder Joe, 39, told the Herts Ad: “I felt sick to my stomach and then angry.

“It’s my daughter’s dog and you get so protective of your family.

“Any kind of theft is wrong, but to steal off a child is disgraceful.

“You’d think they would have broken in with the intention of stealing tools, but they took the dog.

“It’s not like the dog was on show either.

“I think whoever took her was an opportunist.”

Roxy is described as a “lovely dog and also a bit of a handful”.

She was wearing a blue collar with a bow tie on it when she was taken.

Joe’s daughter had had her since she was a puppy and she was also given to her as a birthday present.

Former Malborough School pupil Joe, who grew up in St Albans, is pleading for the dog’s return.

In a message to whoever has her, he said; “If you can get the dog back safe and sound, we would offer a reward.

“Just please do the right thing.

“This child is going to be heartbroken otherwise.

“A dog is part of a family – irreplaceable.”

Police are investigating the theft and are also appealing for witnesses or anyone with information to get in contact.

•Any witnesses or anyone with information should contact Sergeant Paul Caro on paul.caro@herts.pnn.police.uk or the non-emergency number 101, quoting reference 41/7467/19. You can also report information online at www.herts.police.uk/Report

•Alternatively, you can stay 100% anonymous by contacting the independent charity Crimestoppers on 0800 555 111 or via their untraceable online form at www.crimestoppers-uk.org.

For over 30 years, Crimestoppers has always kept its promise of anonymity to everyone who contacts them. 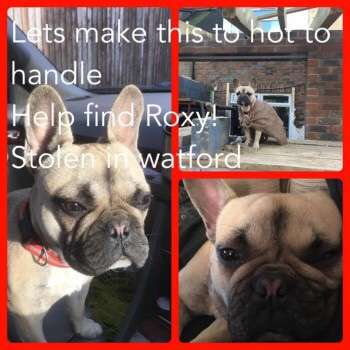 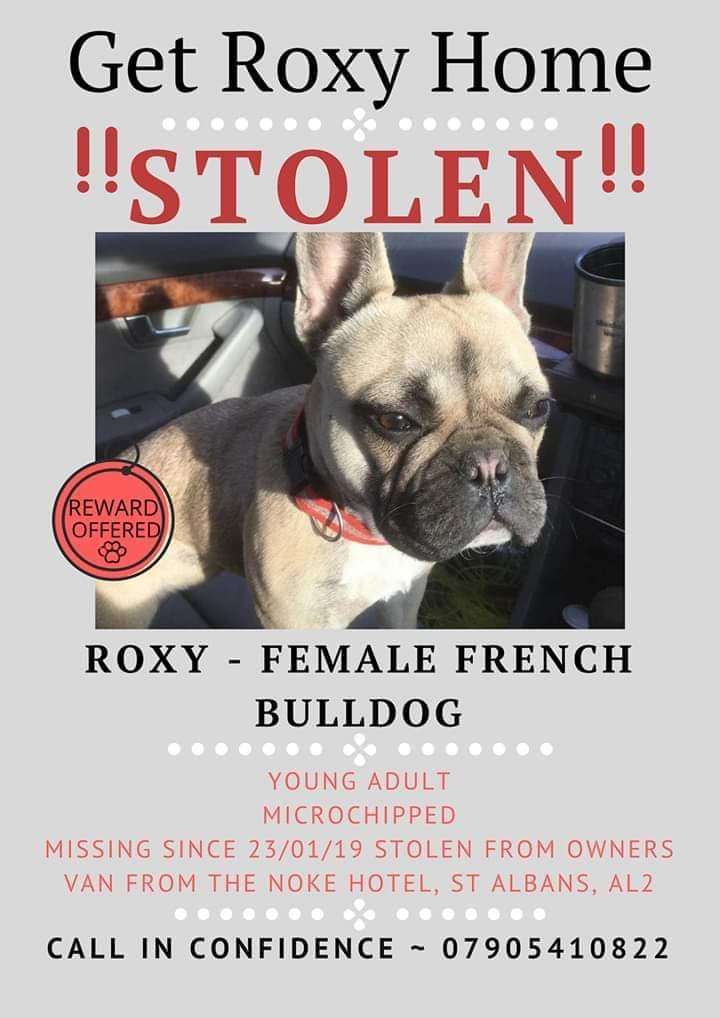 Share:
← Dog Thief pleads guilty and is ordered to pay £200 compensation, £400 costs and received a drugs rehabilitation order and my dogs are still missing! #PetTheftReform
Online appeal for missing cocker spaniel seen by 200,000 | News and Star →