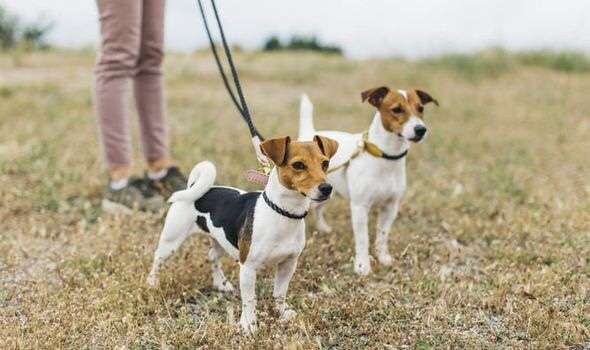 ANIMAL lovers could be forced to pay an annual tax in a bid to discourage them from dumping pets. The Government is considering introducing the charge to promote more responsible ownership.

Every year, thousands of puppies bought as Christmas gifts are abandoned within weeks of the new year starting. It is hoped that making owners pay a charge to have a dog would enforce the commitment needed to look after an animal. A mandatory dog licensing law was scrapped in England, Wales and Scotland in 1987 after it was largely ignored.

The study – which is due to be completed by the end of the year – will also look at dog controls used in other EU countries.

In some cities, towns and villages in the Netherlands, dog owners are charged substantial annual taxes.

Often, this works out at around £100 for a single pet and is even more for multiple dog owners.

In response to a parliamentary question, Mr Goldsmith, the Conservative MP for Richmond Park, told the House of Commons: “The research aims to update the review Defra commissioned previously in 2010 which considered the risk factors around dog attacks, as well as reviewing the use of enforcement around dog control issues.”

The dog licence – which used to cost just 37p – was ditched by the Tories more than three decades ago after officials struggled to collect it from owners.

In 2010, the RSPCA backed calls to bring the licences back and in 2017, Defra reviewed police and local authority powers to tackle dog control and welfare. Dr Samantha Gaines, the animal charity’s dog welfare expert, said: “The RSPCA has long held the view that the reintroduction of a dog licensing scheme would be beneficial to managing the social and animal problems associated with dog ownership.

“A licensing scheme has the potential to generate money that could be used to help improve dog welfare and tackle the issues around dog ownership, including anti-social behaviour involving dogs, dog bite incidents, stray dogs, population issues, as well as dog health and welfare.”

She added: “This requires all dogs to be licensed with the revenue generated being used to deliver a range of programmes and services of benefit to dog and non-dog owners including dog safety, public awareness and education.”

But not all animal organisations think dog licensing is a good idea.

Ed Hayes, public affairs and policy manager at The Kennel Club, said: “Certainly, more needs to be done to tackle irresponsible dog owners in this country, but it’s misguided to believe that dog licensing or a similar annual ‘dog tax’ would be a solution.

“Dog licensing is a flawed model. It has been tried and consequently scrapped by Defra in the past as it was neither enforceable nor effective.

“Figures from Northern Ireland – where dog licensing has been in operation for many years – mirror this, with compliance rates of only around 30 to 40 per cent.

“Any annual tax would only impact on and penalise the responsible dog owner, whilst the irresponsible would continue to flout the law.

We would urge the Government instead to focus on preventative measures and educational strategies so people better understand what it means to be a responsible owner, and how best to look after, and behave around dogs.”