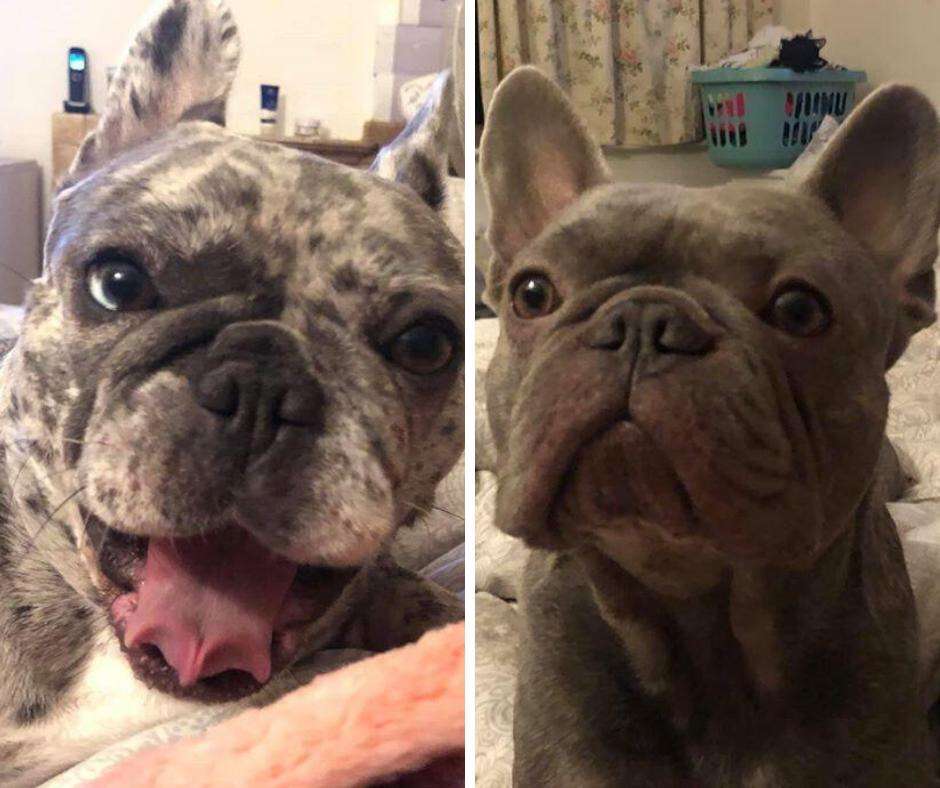 TWO French Bulldogs have been stolen from their home.

Their desperate owner, Kelly Green, has launched an appeal in a bid to get them returned.

Kelly’s home, in Grays, was burgled yesterday afternoon between 2.15pm and 3.15pm.

A safe was taken along with the stunning two-year-old puppies, Blue Merle French Bulldog called Missy and a Lilac Brindle called Boi Boi.

Kelly, who suffers with multiple sclerosis, told the Echo: “They mean everything to me, I wouldn’t get through a day without them. Because of my MS and I’m severely disabled I don’t really get out the house much.

“They sleep in our beds -we didn’t want to get in bed last night because they are not there.”

Kelly and her husband, Howard, left their house a 2.10pm and came back at 3.15pm and saw their front door was open.

The couple discovered the safe had been taken before realising their beloved pets have also been taken.

Police are investigating and have visited the home to dust for fingerprints.

A spokesman for Essex Police, said: “We were called shortly after 3pm on Tuesday December 17 with reports that two French Bull Dog puppies had been stolen from an address in Grays.

“Entry had been forced into an address on Fairways and the two puppies, along with a watch was reported stolen.

“Anyone with information are asked to contact Grays CID on 101, quoting incident 713 of 17 December.

“Information can also be given completely anonymously to independent charity Crimestoppers by calling 0800 555 111 or visiting crimestoppers-uk.org”

Share:
← Stolen puppy CUDA reunited
Lucy the cat from the Isle Of Wight, stowed away in a horse box and ended up in Scotland! Now back home. →