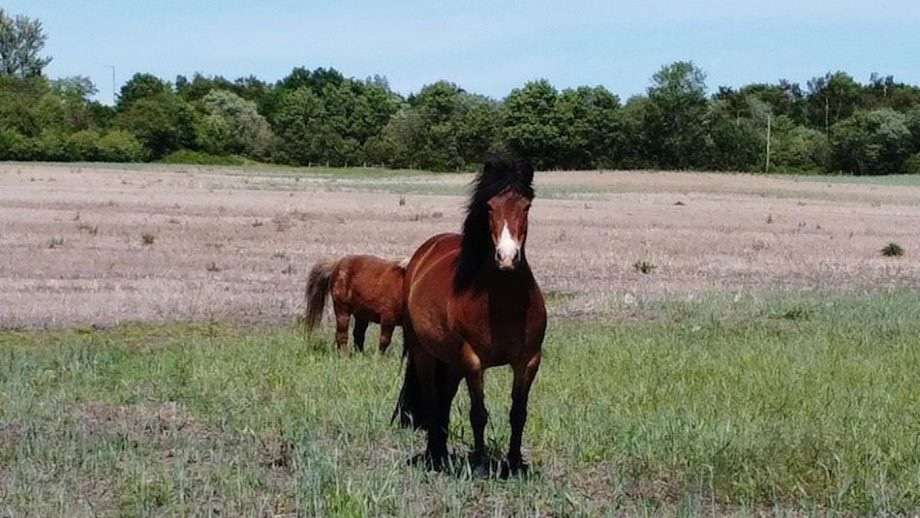 A rescue pony, believed to be stolen, is still missing almost four weeks after disappearing from her field as a fresh appeal is made to help find her.

An urgent appeal was launched on 4 June after the Horse & Pony Protection Association’s (HAPPA) 12.2hh companion mare Lottie disappeared from her borrower’s home at Amberswood Common, Wigan, while grazing with two other ponies. Lottie had been seen by her borrower in the morning but on her return from work in the evening the mare was gone, and fencing appeared to have been cut. As of today (30 June) the mare has still not been found.

HAPPA welfare inspector Tracy Heaton told H&H Lottie’s disappearance had been “heartbreaking” for her borrower and for the charity.

“It’s incredibly distressing because we don’t know what’s happened to her – she has completely disappeared. It’s in my mind all of the time,” she said.

“Her borrower is tiring herself out searching every day. With the help of a colleague at World Horse Welfare we have walked miles searching fields and woodlands, putting notices up and doing everything we physically can – we’ve been everywhere. The area is so large and dense with shrubbery in parts, a pony could be kept tethered and you wouldn’t know it was there.”

Tracy said the charity has received a couple of calls from the public with possible sightings but they have turned out not to be Lottie, who is a bay Welsh with a distinctive snip on her nose.

“The police have been very good but there have been no concrete leads to follow up,” she said.

“We really need people to share Lottie’s details as much as possible with their horsey and non-horsey friends, and to bear in mind what she looks like in case they spot her. She could have even been put in a field with other horses and might be grazing somewhere but we just don’t know.”

Tracy said Lottie was in her permanent home with her borrower.

“The fact Lottie was a rescue pony, and then placed in a home where she was being looked after beautifully makes it even more upsetting that she’s now facing an uncertain future somewhere,” she said.

Article in Horse and Hound: https://www.horseandhound.co.uk/news/stolenrescueponyhappa-718437