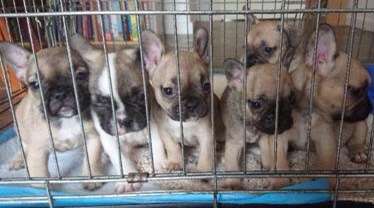 Four 10-week-old French bulldog puppies were stolen from a property in Clacton, Essex, their owner was threatened by masked men.

One person was threatened with a hammer before the thieves left via neighbouring gardens.

Officers are appealing for anyone who saw anything suspicious, or who has seen bulldog puppies for sale, to get in touch on 101 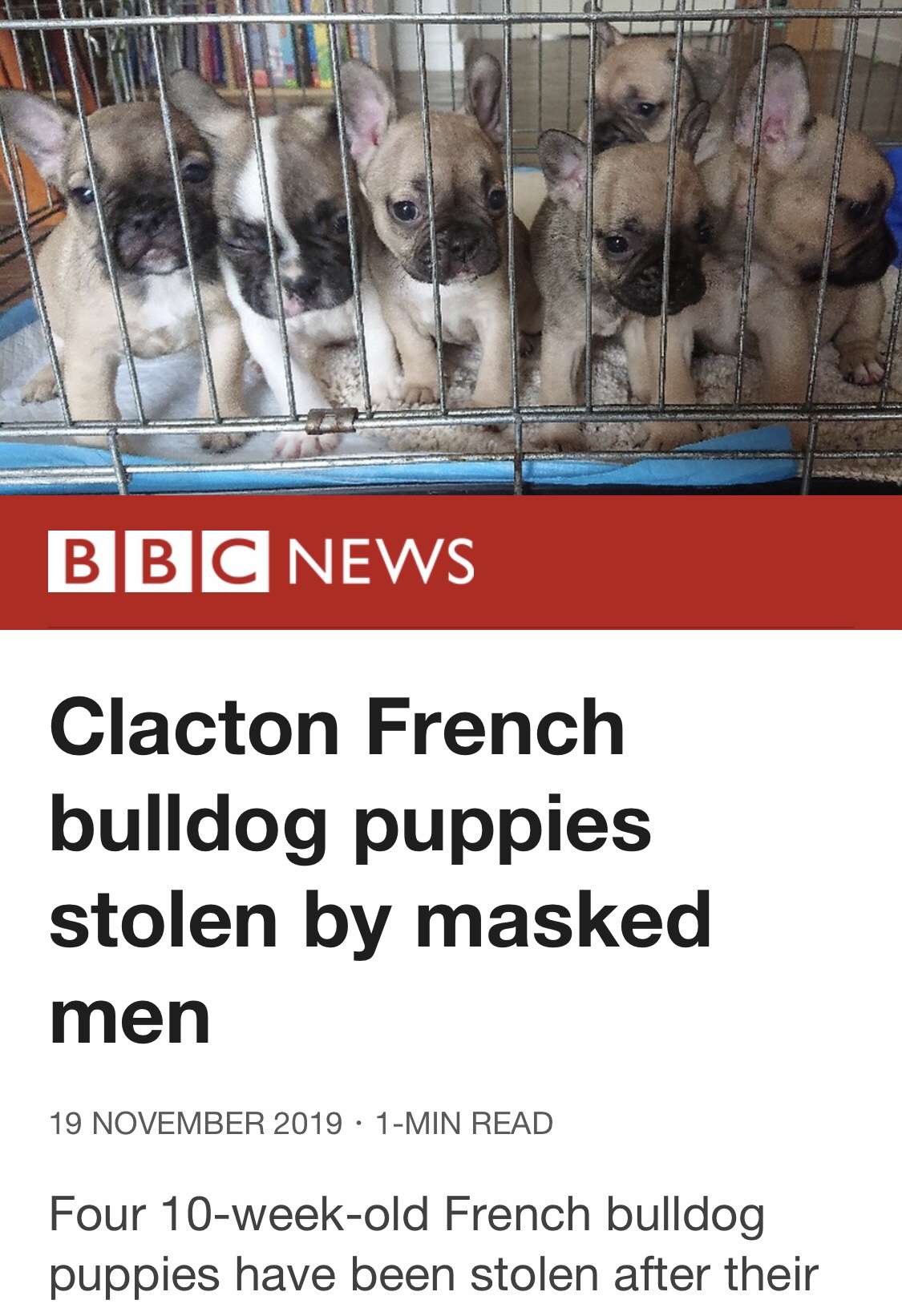