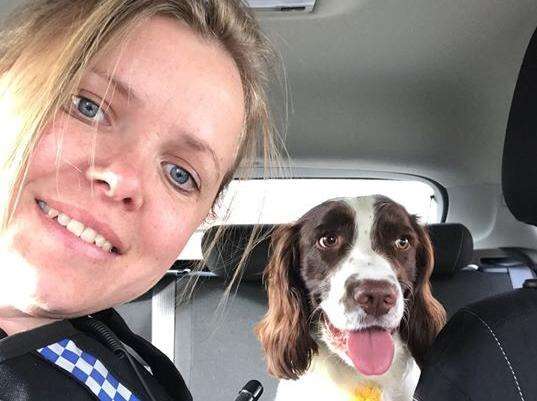 Car thieves bit off more than they could chew when they stole a BMW without realising the owners had left their pet dog in the back..

Stan the English Springer Spaniel was reported missing by his frantic owners on Saturday lunchtime.

He has been left in their black BMW, along with the keys, for a short while in Stoke Hammond near Bletchley.

Police officers from the roads policing, dog unit and rural neighbourhood teams launched a “relentless” search for the culprits.

Within hours they found the car – and Stan, who was safe and sound.

A suspect has been arrested on suspicion of theft of the car and the dog and an investigation is ongoing.

An Aylesbury Vale police spokesman said: “Sergeant Emily Dover had the honour of reuniting an excited Stan with his very tearful owner (who then joined in with the tears)”

He added: ” Meanwhile, Stan just thought it was one big adventure.”

If any one has any information about the incident, call Aylesbury Vale police on 101 and quote reference 43200093993.