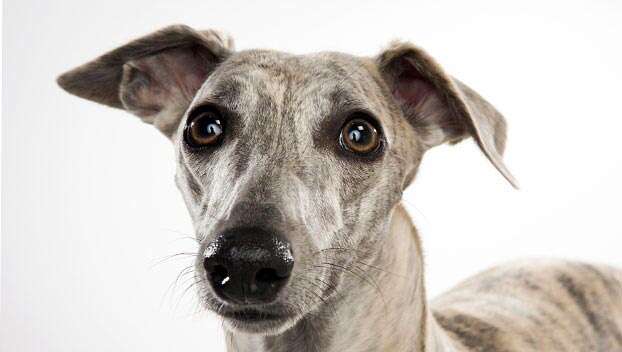 POLICE are warning dog owner to be security -aware following the attempted theft of a whippet while the owners were actually at home.

Posting on Twitter, Dyfed-Powys Police’s rural crime team wrote: “We are being made aware of an increase in local dog thefts, one being a male seen looping a lead over a dog’s head.

“Rare, fashionable breeds and working dogs are deemed more at risk. Please be vigilant and have good security.”

Dogs that appear to be targeted include fashionable and ‘working’ breeds, such as whippets, lurchers, spaniels, greyhounds, and collies.

PCSO Jude Parr, of the Pembrokeshire Rural Crime Team, said: “People have reported dogs as going missing, some of them have been quite odd circumstances.”

Shockingly, an attempt to steal a whippet in south Pembrokeshire was made while the owners were actually at home.

“We had a call south of the county last week where they actually had their dog, a male leaning over a gate had got a choker lead which he noosed the dog.”

Fortunately, that attempt failed, thanks to the quick-thinking owners and a well-trained dog.

“They [the owners] did a whistle and the dog, which was highly trained, got loose and the male ran off; that has raised concerns again that there is a market for dogs.

“They were in their own property and at home; how quick did that happen?

“If they are that brazen, we need to raise concerns.”

Concerns have also been raised following recent events where many animals, including dogs, were rescued from a farm near Pembroke, in connection with investigations of an alleged illegal slaughterhouse.

A report of that incident may be found here.

The issue of working dogs being stolen was raised on January 29 episode of BBC One’s Countryfile, which investigated the growing problem.

“Countryfile did a big piece on it on Sunday, we’re all a little bit complacent,” said Jude, adding: “It’s about getting the message out.

“We wouldn’t advocate anyone leaving their dog in the garden in the day if they’re not there.

“We’re very complacent, we live in a lovely part of Wales and we’re very lucky, but please be a little more security-aware; don’t leave your dogs unattended.”

PCSO Parr added: “At the end of last year we had a sheepdog stolen from a farm in the Spittal area.

“It was a youngish dog that never left their side, they went in to breakfast and came out, and the dog was gone; they called everywhere, and we have done the same, but it was never seen again.

“They were devastated, you would be.”

More recently, a distraught family have offered a £500 reward for the return of its beloved dog suspected to be stolen from the Mathry area.

A report of that appeal may be seen here. 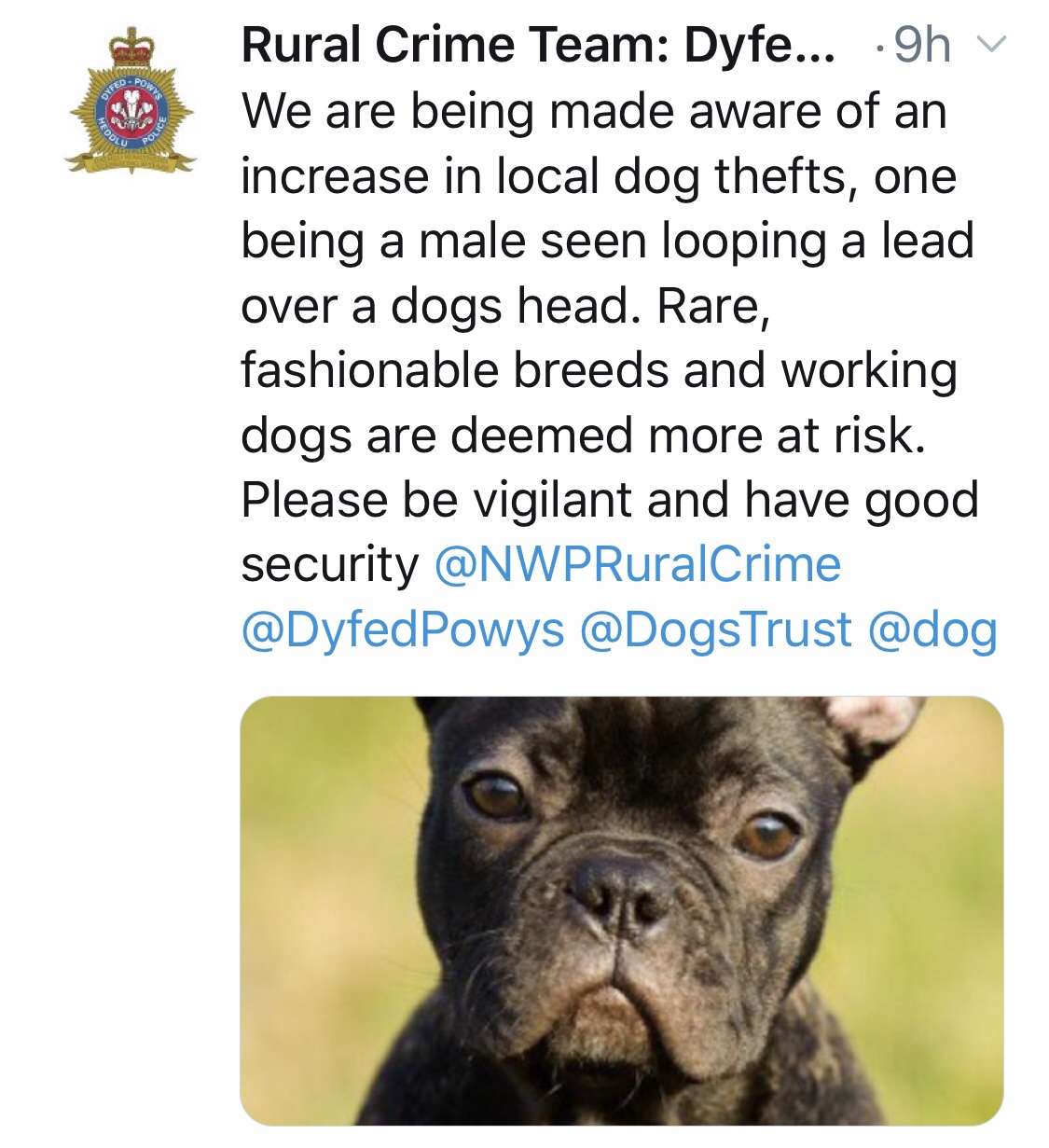