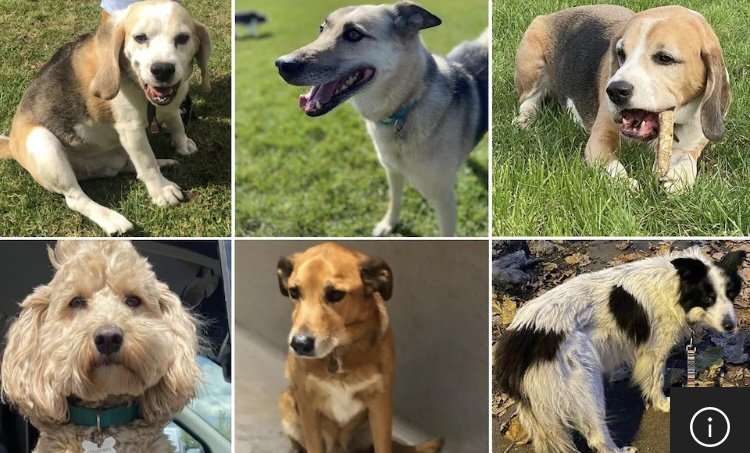 A veteran BBC journalist’s pet collie was rescued on Friday night after thieves stole a dogwalker’s van carrying the animal and five others.

Rory Cellan-Jones’s dog, Cabbage, was with its regular dogwalker near the 200-acre nature reserve of Wormwood Scrubs in White City, west London, when the criminals struck.

The dogwalker, Brett Holte-Smith, 45, had pulled up to knock on his sister-in-law’s door to see if she could help him walk the dogs, leaving the engine running. But in the time it took him to get from the van to the front door, thieves leapt into the vehicle and drove it away with five dogs in the back and another on the passenger seat.

As well as Mr Cellan-Jones’s 15-year-old rescue dog, the van also contained Bouka, an 11-year-old German shepherd; Bafi, a three-year-old cockapoo that was in the passenger seat; Sam, a light brown Labrador aged 12; and two beagles, Toby, aged between nine and 12 and Bbua, aged between seven and nine.

The former BBC News technology correspondent who retired in August after 40 years with the broadcaster, immediately posted a plea for information on Twitter.

Cabbage was found with four of the others after some of the owners mounted a desperate search around west London. The van was also found abandoned.

Several hours later, it was confirmed the final missing dog had also now been located.

After most of the stolen dogs were recovered on the residential street of Huxley Gardens, their owners spoke of the relief they felt to see their beloved pets again.

Mr Cellan-Jones and his wife, Diane, drove to rescue their 15-year-old Cabbage right away after receiving a call from a local, Sebastian, who found the dogs just 2.5 miles from the former BBC journalist’s home in Ealing.

“One of the people here in this road found them on the street and Cabbage has got a dog tag with Diane’s phone number on,” Mr Cellan-Jones told The Telegraph shortly after arriving at the scene.

One of the six dogs in Mr Holte-Smith’s stolen van had not been left in Huxley Gardens with the other pets.

A neighbour’s CCTV footage revealed that all five of the others, all significantly older and of mixed breeds, had been let out of the black van at the same time.

Dorothy Wilkinson, owner of 12-year-old Labrador Sam called the theft “sickening” but she added that she and her two daughters felt very relieved to have Sam back.

Lisa Coonan, who was reunited with her eight-year-old beagle Toby, said: “If it wasn’t for all of that media coverage, I think it would have been a different story.”

She added: “Today has just been a nightmare and I’m happy that he’s okay.”

The dog walker’s abandoned Ford van was found on Wesley Avenue, just 2.4 miles from where the dogs were left.

After a day of desperately searching for all the missing dogs, Mr Holte-Smith said he was happy that others will “learn” from his mistake of leaving the van unattended with the dogs inside.

It took only three minutes for him to leave his van with keys in the ignition to knock on his sister-in-law’s door, before the thief in a passing by car noticed the empty van and took the opportunity to speed off with it.

“You know, for somebody else to learn through somebody’s mistake, I’m happy to walk those steps,” he said.

The dogs stolen in the heist:

Speaking about Cabbage earlier in the day and before she was found, Mr Cellan-Jones said: “She’s really old. She was a rescue dog from The Dogs Trust. We got her in 2007. She was very nervous.