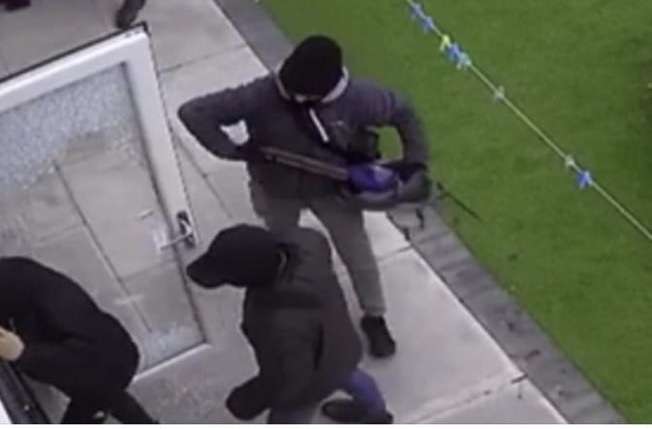 Officers were first called to Derwent Road West in Old Swan at just after 2.25pm, when a group of males was reported to have forced entry through a back door.

One member of the group was carrying what appeared to be a firearm, and another a knife.

The men from the group demanded cash and jewellery while making threats, before leaving with a number of American Bulldogs and a silver VW Golf car that was parked outside.

They left in the VW Golf and a white Ford Focus in the direction of Green Lane.

None of the occupants suffered injuries, but were left “extremely shaken” by the ordeal.

Police said the VW Golf was later found abandoned in Cotswold Street, Kensington, and will be forensically examined.

The Ford Focus, which was found to have been stolen in a previous incident, was reported to have crashed into a van on Sheil Road, Kensington, at around 3.45pm and will also be forensically examined.

Three males were detained by officers and have been taken into custody. Efforts are ongoing to locate any outstanding suspects and the 6 puppies.

House to house enquiries are being carried out and officers are exploring any CCTV opportunities in the area.

You can also call 101 quoting incident reference 634 of 18 October, or contact the independent charity Crimestoppers anonymously, on 0800 555 111