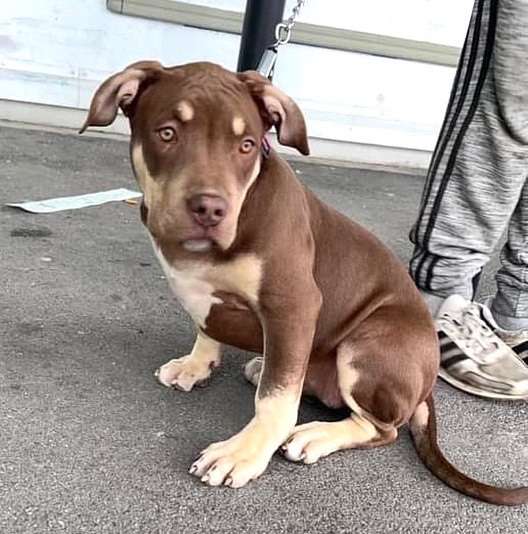 MY BABY HAS BEEN FOUND!!!

I’m absolutely over the moon she is back safe in my arms but the people who took her have hurt her, they have butchered her ears, we found her in an extremely bad state in some crackheads home. I’m having to take her to the emergency vets to make sure she’s okay, as they have stapled her ears after butchering them. I’m just hoping she has no infection, please can you all pray for us!!!! I will hopefully keep everyone updated after the vets have checked her over.

It happened last night (Monday), when Mohammed Atta, 24, was walking his dog on Springfield Avenue in the Scholemoor area of Bradford.

Mohammed was with a friend, who was holding the puppy when a car “full of lads” pulled up.

The pair were attacked with what Mohammed thinks was a cricket or baseball bat before the puppy was taken.

“Please whoever has her just bring her home safe to me,” Mohammed pleaded.

West Yorkshire Police said in a statement: “Police are investigating a robbery which happened on Springfield Avenue, Bradford, last night.

“Officers were called at 21.59 to reports a man had been attacked while he was out walking his dog. The suspects stole his puppy.

“It’s believed the suspects left the scene in a Black Audi.

“Enquiries are ongoing. Anyone with information or who witnessed the robbery is asked to contact police on 101 quoting 13220221694 or use the live chat facility at www.westyorkshire.police.uk/contactus.”