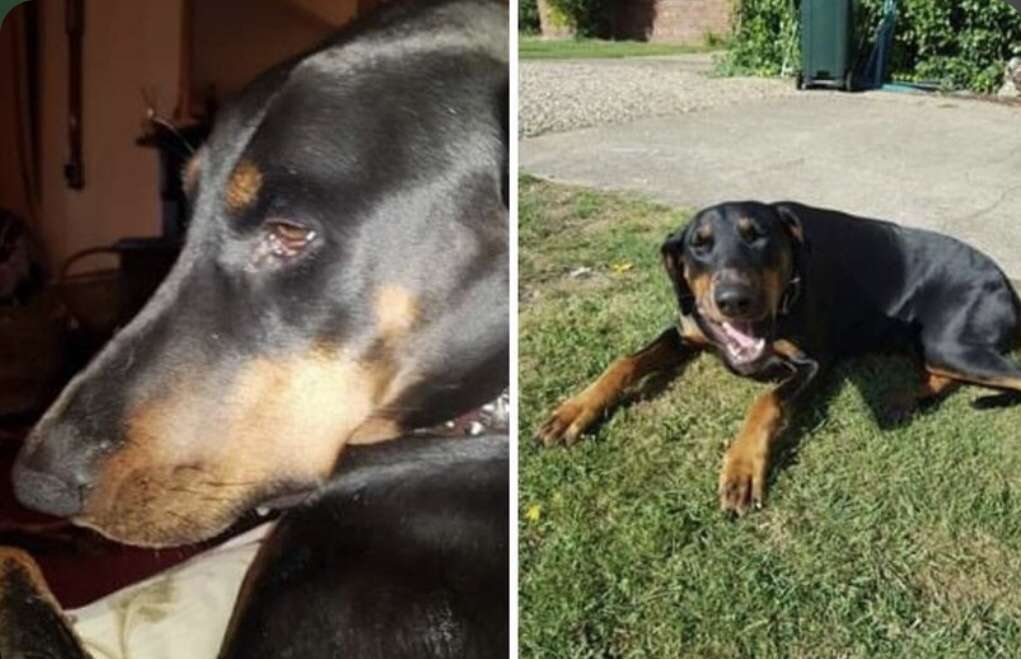 He is recovering from an operation

The dark blue truck was stolen from the main car park at the Orston Shooting Ground in Nottinghamshire at around 11.40am on Sunday, December 1.

However a black and tan-coloured Dobermann, which was recovering from a leg operation, was still inside the truck when it was taken.

The stolen vehicle is reported to have left the shooting ground, in Bottesford Lane, Orston, in the direction of Bottesford and neighbouring villages.

Orston Shooting Ground said: “Today at 11.40am a Nissan Navara dark blue pick-up truck was taken from Orston Shooting Ground. Registration SR12 GAO. “Most importantly though, it had a dog in the back who we are trying to find. The dog was recovering from an operation and therefore has stitches on his back left leg which needs care which makes this situation even more of a priority. He has a tan studded collar on. “It has been reported and no shotguns where taken in the process. Please share far and wide or contact the shooting ground with any urgent information.” 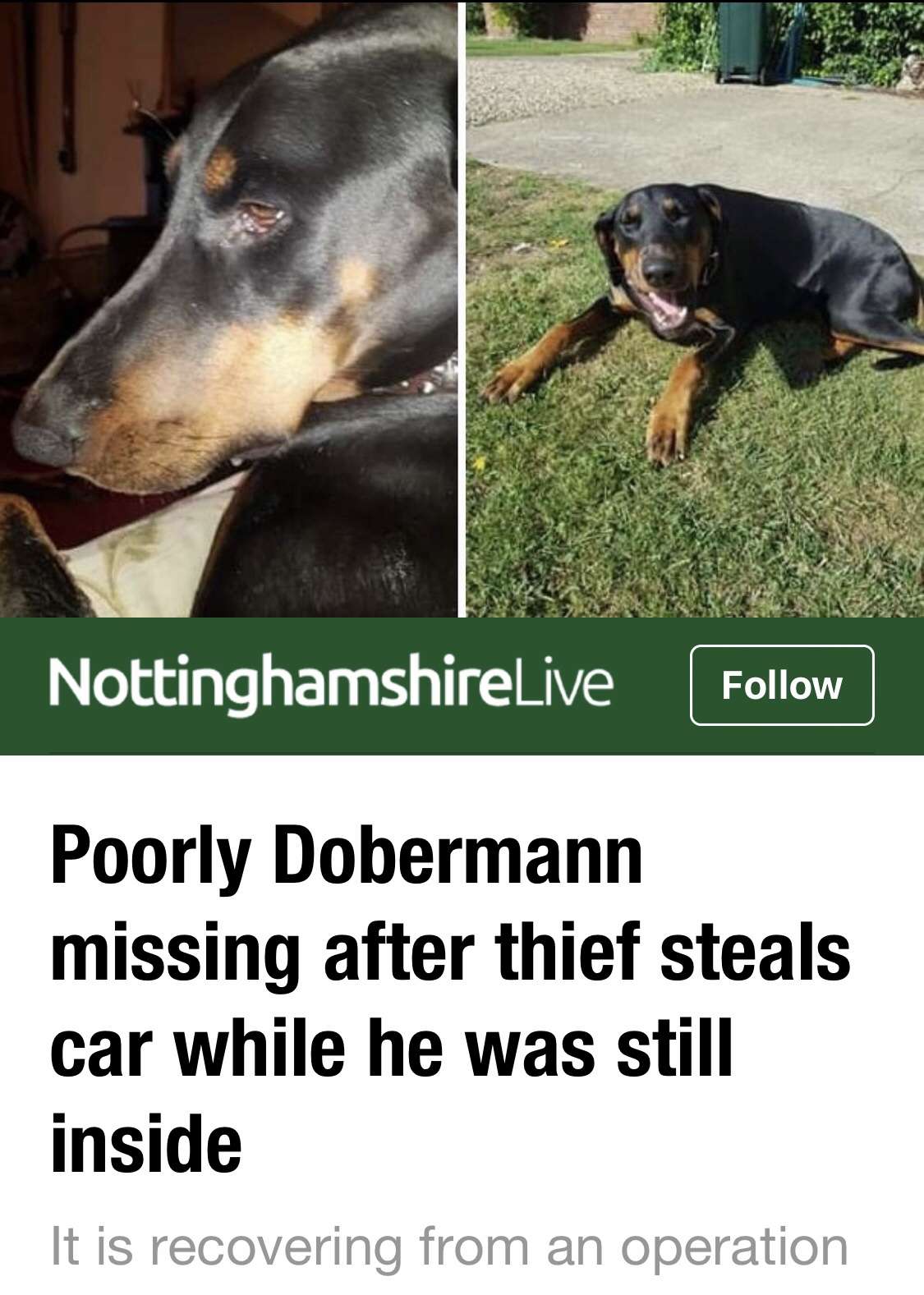 Share:
← French Bulldog Hughie has just disappeared!
LOTTIE WAS STOLEN FROM HOME, EARLY IN THE MORNING. →