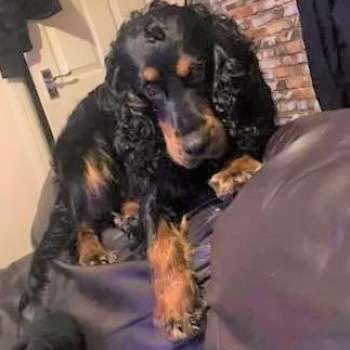 A WOMAN who lost her dog in Tameside was told it had been reported as found in Mottram only for it to disappear again.

Angela Casale has offered up a £10,000 reward to find her beloved Enzo after the 20 month old cocker spaniel disappeared on a walk early last month.

She was at the Valehouse Reservoir when the pup disappeared.

Angela initially feared he had gone into the gully but was assured this was not the case.

Over the next day a post appeared online reporting that Enzo had been found but this disappeared.

Multiple people told her they had seen the post and the dog in question was Enzo but he has not been returned and has been reported as stolen to the police.

Now Enzo’s owner has appealed with anyone with information to come forward to help reunite her with the dog.

She said: “Every time we shared a post about it people were saying he has been found.

“We can’t find the post, a lot of people who saw it said the dog was Enzo.

“It was in Mottram.

“That was not far from where we were walking, Enzo could have walked there.

“I am absolutely worried out of my head.

“I think he has probably tried to get home and has been picked up in Mottram on his way.

“The post said the dog had been found wet through.

“About 25 people have come forward to say they saw the post.

“Somebody has picked him up, they put that he has been found, then something stopped them and they took the post down.”

The 60-year-old retired woman who lives in Newton added: “It would mean everything to me, we would do anything to get Enzo back.

“We have put out plea after plea and no one has come forward.

“I would ask anyone with information that would get Enzo safely back home to contact me or Derbyshire Police or Dogs Lost.

“Somebody knows something and I don’t understand why a £10,000 reward isn’t bringing them forward.”

Derbyshire Police confirmed it was looking into the theft of the dog.

A spokesperson said: “We received a report that on the December 5, a family had been walking their cocker spaniel at Valehouse Reservoir when the dog disappeared while they were putting their children into the car.

“Despite the family making extensive searches, the pet has not been found.

“If anyone has information as to his whereabouts, we would urge them to contact us.”