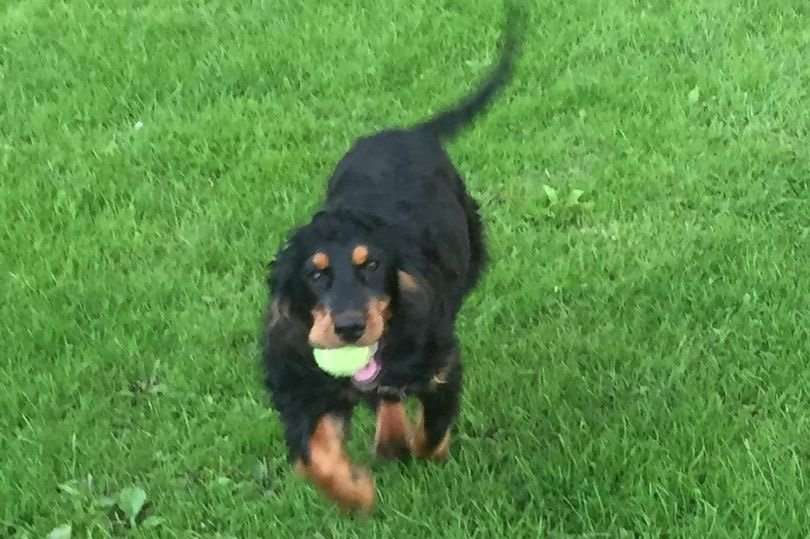 £10,000 reward to find dog that vanished in Derbyshire #PetTheftReform

The owner of a dog which vanished in a Peak District beauty spot has pleaded for his safe return and is offering a huge reward for information.

Angela Casaley was walking her cocker spaniel, Enzo, near Valehouse Reservoir in the Peak District on December 5, 2020, where they walked regularly.

Angela, from Hyde in Cheshire, was walking with two young family members and stopped to climb over a small wall, but when she turned around Enzo had gone.

She believes the 20-month-old cocker was stolen while running through undergrowth, with a huge search taking place following his disappearance and a £10,000 reward now available.

“We just really don’t know what happened, we haven’t seen him since. We’ve searched there, we still go there almost every day, but I don’t think he is there.”

Angela, who is in her 60s, said that mountain rescue teams have used drones to try and find Enzo, but to no avail.

Meanwhile, a Facebook group called Find Enzo has more than 500 followers and one of Angela’s own posts has been shared more than 31,000 times.

“Is he still alive? Who has got him? How is he being kept? It is like losing a child, it’s terrible. It has had a massive effect.

“Maybe someone has taken him to the vets. If that was Enzo who was found 10 minutes after he disappeared, then someone has obviously taken him home.”