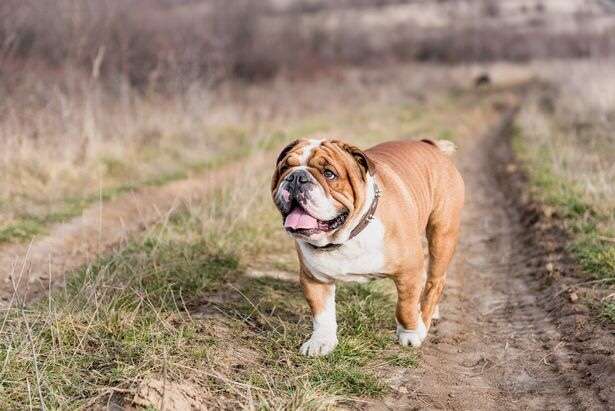 A stolen bulldog found wandering in rural Derbyshire has been reunited with its owners after being missing for three years.

The dog, named Primrose, was found by police on the A57 Snake Pass in Glossop in the early hours of February 6.

The pooch was brought into Victoria Vets where her microchip revealed she had been stolen in Sheffield in 2016, when she was just a puppy.

Markings around her ankles indicated Primrose could have been kept tied up and vets believe she may have given birth to a pup.

But her microchip meant the veterinary practice were finally able to reunite the three-year-old with her very happy owners.

A spokesman for Victoria Vets said: “The chip was registered to a vets in Sheffield.

“We sent an email to the owner not expecting to hear anything and then she called to say she had been stolen 18 months ago out the garden when she was six-months-old.

“She reported it to police but not the microchip company.

“The couple came to pick her up. She recognised the man straight away, they were both chuffed.”

The vets suspect Primrose had been stolen and then dumped on Snake Pass as she was not in bad health when they found her.

She is recovering well after being placed on skin treatment.

“A white and tan Bulldog bitch was found by Police Officers on the A57 Snake Pass in the early hours of Wednesday 6th of Feb.

“The dog was taken to Victoria Vets, Glossop.

“The dog was microchipped and was subsequently returned to its owners – she had been reported missing since 2016.”
— Read on www.derbytelegraph.co.uk/news/local-news/dog-missing-reunited-happy-ending-2528785