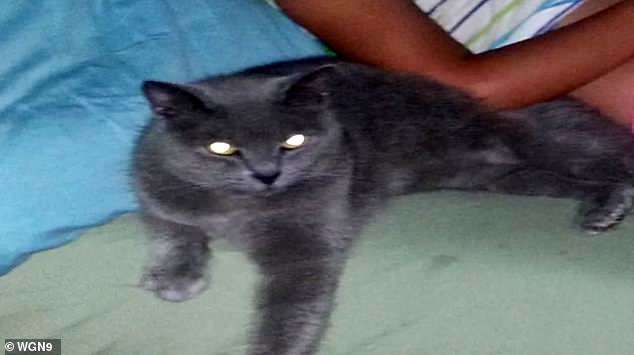 A woman was caught on camera as she lured a cat from its owner’s porch in Cleveland and then ran off with the animal.

That video is now circulating as the cat’s owner makes a desperate plea to the thief that the animal be returned, claiming that the feline’s life is at risk.

‘She has feline leukemia, and her just being out here and being so stressed out over this,’ Stephanie Valderin said in an interview with WGN 9 on Friday.

‘She needs to be home as soon as possible.’

It is unclear how far the cat could have gone with the woman, who was dressed in pajamas and had her hair wrapped in a scarf.

She was also either barefoot or wearing very thin flip flops when she approached the cat with some food and scooped it up with her arms.

The woman then reportedly drove off in a van.

Valderin claims she just wants the cat back, and concedes that maybe the thief believed that the purebreed Russian Storm was a stray.

‘I’m hoping somebody, she sees it, or somebody who knows her sees and says, “Hey, they’re really missing their cat, and they’re really sick over that,”‘ said Valderin.

‘And I’m just sick wondering what Storm’s going through.’

Storm is a purebreed Russian Blue and has been with the family for six years according to Valderin.

She was not wearing a collar or any form of identification when she was taken from the home.

Valederin claims to have filed a police report in the case, but the Cleveland Public Records Center informed DailyMail.com that there was no report of a cat being stolen last week on the street.

See the video of the theft on this link:- https://www.dailymail.co.uk/news/article-6228595/Shocking-video-shows-woman-stealing-cat-porch-owner-begs-safe-return.html

Do you recognise this woman? 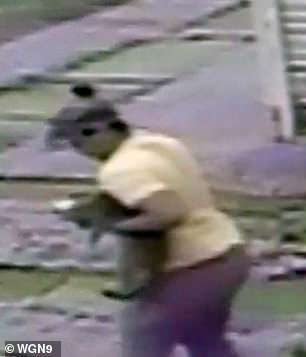 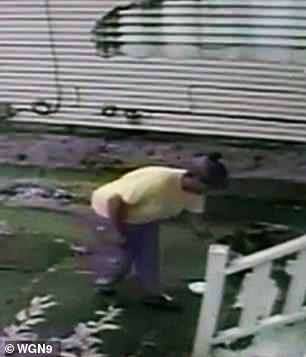