Dog owner Chloé-Louise Meigh has been left heartbroken after her 12-week-old puppy was stolen from a city centre car park.

The 21-year-old was at Hinde Street market in Hanley this morning (March 3) when little Sapphire was taken from her nan’s car while she was just a few metres away.

It is believed Sapphire, a cross between a German Shepard and King Shepherd was taken at around 9.40am.

Now Chloe, who received Sapphire as a 21st birthday present on January 26, is asking for the public’s help to reunite her with her beloved pet.

Chloe said: “She was a gift from my mum, brothers and sister. Sapphire means everything to me, I’m lost without her.

“She’s helped me so much over the past few weeks I’ve had her. Her doggy siblings are also missing her.”

Chloe, from Bucknall, added: “She was pinched from the market this morning. The person just took her out of my nan’s car which I’d mistakenly left unlocked. From what I saw on CCTV, he was very tall.

“I just need Sapphire home where she belongs, she’s my baby and she needs her mum just as much as I need her. I’d urge anyone who has seen her to get in touch with the police.”

The suspect was a young man who was wearing a  dark grey puffer coat, jeans and white trainers. He was last seen in Regent Road.

Sapphire has black and tan fur and was wearing a bright pink and grey lead and collar with black harness.

A Staffordshire Police spokesman said: “The puppy was reported stolen today from Hinde Street market, Hanley. The dog was taken before 10am and was last seen with the offender on Regent Road.

“The offender is described as a young male wearing dark clothing.”

An appeal to find Sapphire has been shared widely on social media and posters have also been put up in the Hanley area.

And a substantial reward is also being offered for Sapphire’s safe return.

Anyone with information is asked to call Staffordshire Police on 101 quoting incident 204 of March 3.

Stolen from a vehicle, Sapphire is microchipped & there is a stolen alert on her record

or call Staffordshire Police on 101 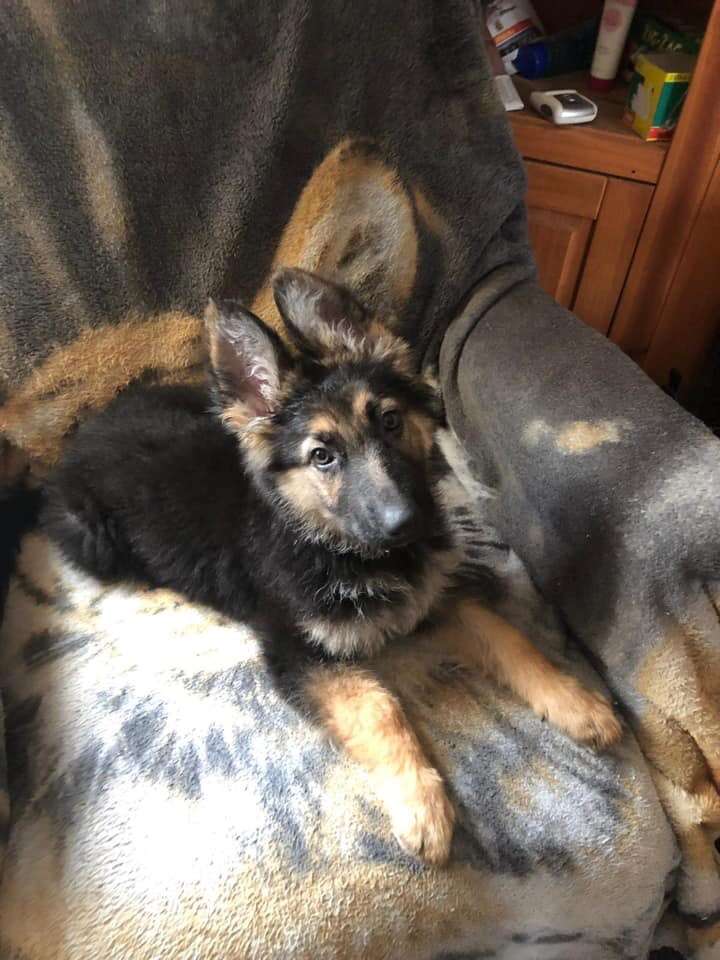