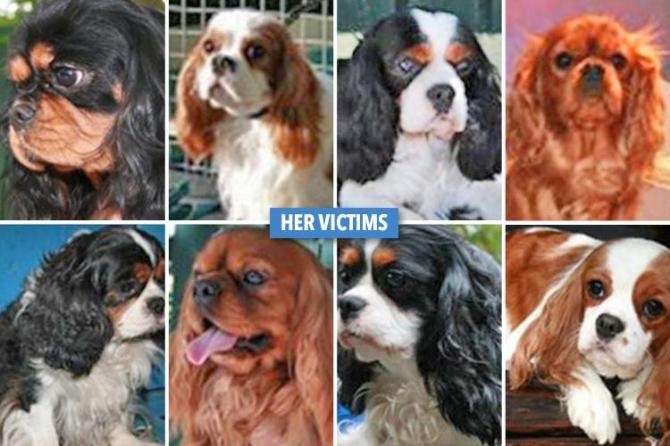 Bridget Darling, 40, is the image of the cartoon pooch-pincher as she sports two-tone hair and a fur coat

A SCRUFFY Cruella de Vil lookalike was involved in a plot to steal pedigree dogs from a breeder.

Bridget Darling, 40 — who has two-tone hair and wears a fur coat like the 101 Dalmatians villain — was nabbed with 11 King Charles spaniels in her three-bed semi.

She and husband Barry, 51, were also involved in the theft of at least four more pooches — in cahoots with Barbara Petrie-Harrison, 45, and her lover Craig Jackson, 42.

Petrie-Harrison had bought a spaniel from breeder Madeline Cowling but later broke into her property in Market Rasen, Lincs, with Jackson to steal 15 dogs worth £6,500.

The spaniels — one of which was pregnant — were then passed on to Barry Darling in Birstall, West Yorks.

But cops were able to connect a car seen on CCTV in the area — a black Vauxhall Astra — to the Darlings.

The investigation following the theft in September 2015 led to the arrest of all four.

Judge Andrew Easteal ridiculed the defendants at Lincoln crown court, saying: “Let’s be clear, this was as deplorable and awful as it was amateurish and doomed to fail.

“The speed it was detected and identified was almost embarrassingly fast.”

They all got suspended prison sentences of between 12 and 16 months.

But despite the convictions, the dogs could not be returned to their owner because they did not have microchips.

Ms Cowling said: “This is two years later and I am still very anxious. I just wish they could tell me where my babies are.

“Even though they were kennelled, they were very much loved. I just want my dogs back.”

Earlier this year, analysis of crime stats by an insurance firm put Lincolnshire as the dog theft capital of Britain.

Another breeder from the county said: “People watch 101 Dalmatians and Cruella de Vil and think it is only a movie, but this is happening in real life.” 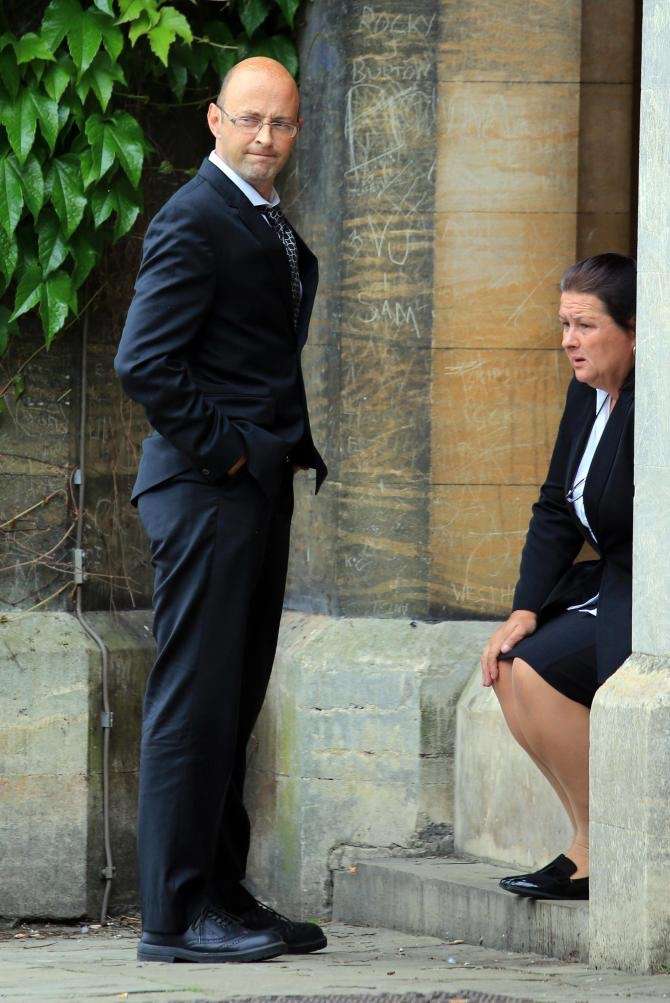 Share:
← Pet theft law is a right dog’s dinner! Lorraine Kelly #PetTheftPetition
CONGRATULATIONS EVERYONE WE DID IT!!! →