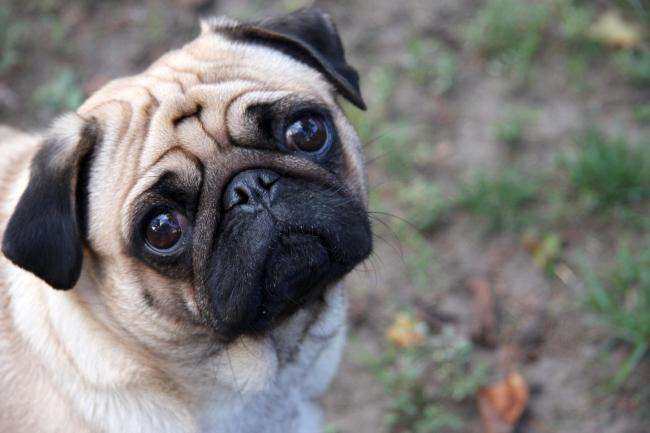 RSPCA Cymru have launched an appeal after a pug died after being found with injuries consistent with dog fighting.

Earlier this month, a member of the public alerted RSPCA to a black and fawn pug struggling in Black Ash Park in Newport.

The dog was unable to walk, covered in nasty wounds – believed by vets’ to be several days old – and potentially indicated fighting activity.

Despite medication, fluids and treatment the poor pug died 24 hours after being rushed into a local veterinary practice.

A microchip was found on the dog which was registered to a boarding kennels.

The kennels confirmed they had taken the dog in as a stray but had given the dog to a person claiming to be the owner.

RSPCA Cymru is now appealing for information in the hope of locating that person, or for any information which could explain what happened to the dog.

RSPCA inspector, Emma Smith, said: “This poor dog was found in a horrendous state in a Lliswerry Park in Newport – unable to walk, and covered in injuries.

“A kind-hearted member of the public rushed the dog to the vets, but the injuries were so severe and sadly the dog died a day later.

“Given the dog’s state, it seems very possible it was deliberately dumped in the park in this way. The injuries were horrific – and potentially consistent with dog fighting activity.

“A microchip was located – but was out-of-date and registered to boarding kennels who confirmed they had passed the dog on to someone claiming ownership in August 2018.

“If anyone has any information about an owner, or where about how this dog came to found in such a devastating state, they are urged to contact us. Our inspectorate appeal line is available on 0300 123 8018.”