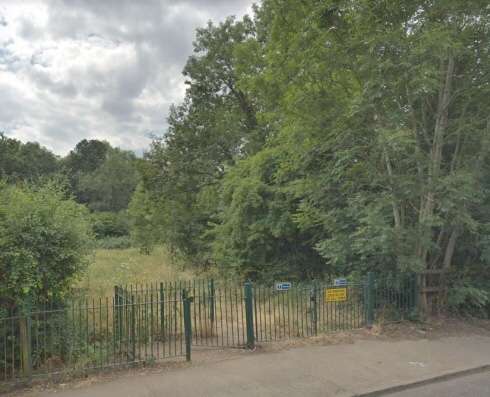 Residents on social media have reported at least two similar incidents in the Furzefield area in the past few days, both purportedly involving a man with a dog control pole trying to catch and make off with dogs.

A spokesperson said police were aware of the reports and urged anyone with information to contact them.

One resident, who asked not to be named, echoed the sentiments of others when he said: “You shouldn’t go out walking your dog and be in fear of losing your dog.

“It’s not just my dog, it’s my friend – imagine your best friend getting snatched, you’d do anything to help them.

“(Dogs) are part of the famiy, it would be like losing a member of your family.”

The 23-year-old from Potters Bar spoke to Welwyn Hatfield Times after a man attempted to steal his Jack Russell near the rear of the Furzefield Woods while out for a walk about on Saturday morning.

The dog had run ahead out of sight when it was grabbed by the back of the neck by the unknown man, who the owner confronted and had to fight off before chasing after his dog, which fled in fear.

Posts on social media have reported a similar incident occurred at Furzefield on Tuesday.

Potters Bar resident Susan Smith’s dog is walked in the area most days but she is now reluctant for her dog to be taken there.

She said: “After hearing about the first attempt I am now very nervous about walking my dog there alone.

“I wouldn’t be able to fight them off.

“It’s shocking that it’s clearly not safe to walk our dogs in a local area.”

The dog owner involved in Saturday’s incident was shocked by how brazen the attempted theft was and worried others might not be so lucky.

“There’s always loads of dogs there and it was in daylight… the problem is that area is a local park, so there’s children around and this man could easily overpower them and steal a dog,” he said.

A police spokesperson said: “We’re aware of reports of attempted dog thefts in the Furzefield Wood area in Potters Bar, and we urge anyone with information or any witnesses to contact Hertfordshire Constabulary.

“If you see a crime in progress, call 999 straight away. To report suspicious behaviour contact the non-emergency number 101 or you can report information online at www.herts.police.uk/Report.

“To prevent dog theft, ensure that your dog wears a collar and ID tag when in a public place.

“On the tag, include your surname, address, telephone number and full postcode.

“If your dog is microchipped, and you have room to write that on the tag, then try and do so.

“Microchip your dog so that if the ID tag is removed, it is still permanently identifiable.

“Do not leave your dog unattended in the car or tied up outside a shop.”